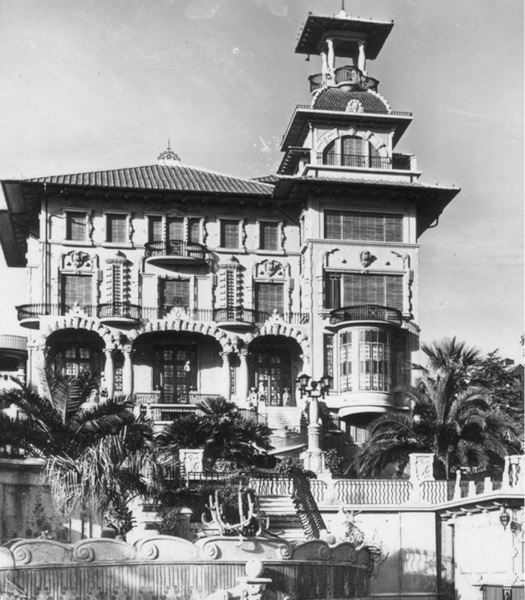 Located in Imperia, on the Italian Riviera, there is an extraordinary Villa, unique in its architecture. The estate may seem of a Russian oligarch, a rock star or of a noble family of some lineage. It’s a villa which represents the main contradictions of the twentieth century: from the Belle Époque to Nazism and that, in the last years, has been abandoned and looted of everything: from the furniture, the vases to the golden sinks. A place with a fascinating and ambiguous story, a metaphor of the life of the man who dreamt about it and realized it.

The White Villa was owned by a clown. How is it possible that a “fool” has been capable to design and realize a construction of this kind, in the Thirties? Why did the relatives who acquired it, abandoned it ? And how come there is all this reluctance in treating the story of the artist, the man and the Villa?

An investigation which subject and setting is the Villa and its symbols, never really examined in depth. The Villa as a metaphor of the mysterious uniqueness of a life.

The tale of Grock and of the Villa is the long story of the Short Twentieth Century, of an Artist which has changed forever its Art. From the Belle Époque to Nazism, our consumer society seen from the witty eyes of a clown. The only that has become king from being a Joker. He has been the greatest and most celebrated. His fame, although mighty, has been evanescent totally obscured from the great cinema stars and friends, such as Chaplin and Laurel & Hardy.

His story is nothing of conventional, it can be taken as the opportunity to analyze the history of our society and its contradictions. Great International Star, founder of the show-biz although self-agent, creative in art and in business.  His revolutionary charge was not only for his obsessive aim to the perfection of his Art of laugh, but also to evolve it from the old rusty circuses to the great theatres, the new cinema to the TV. New audiences. Furthermore, to the new modern invention: the skilled, instinctive and powerful management of image.