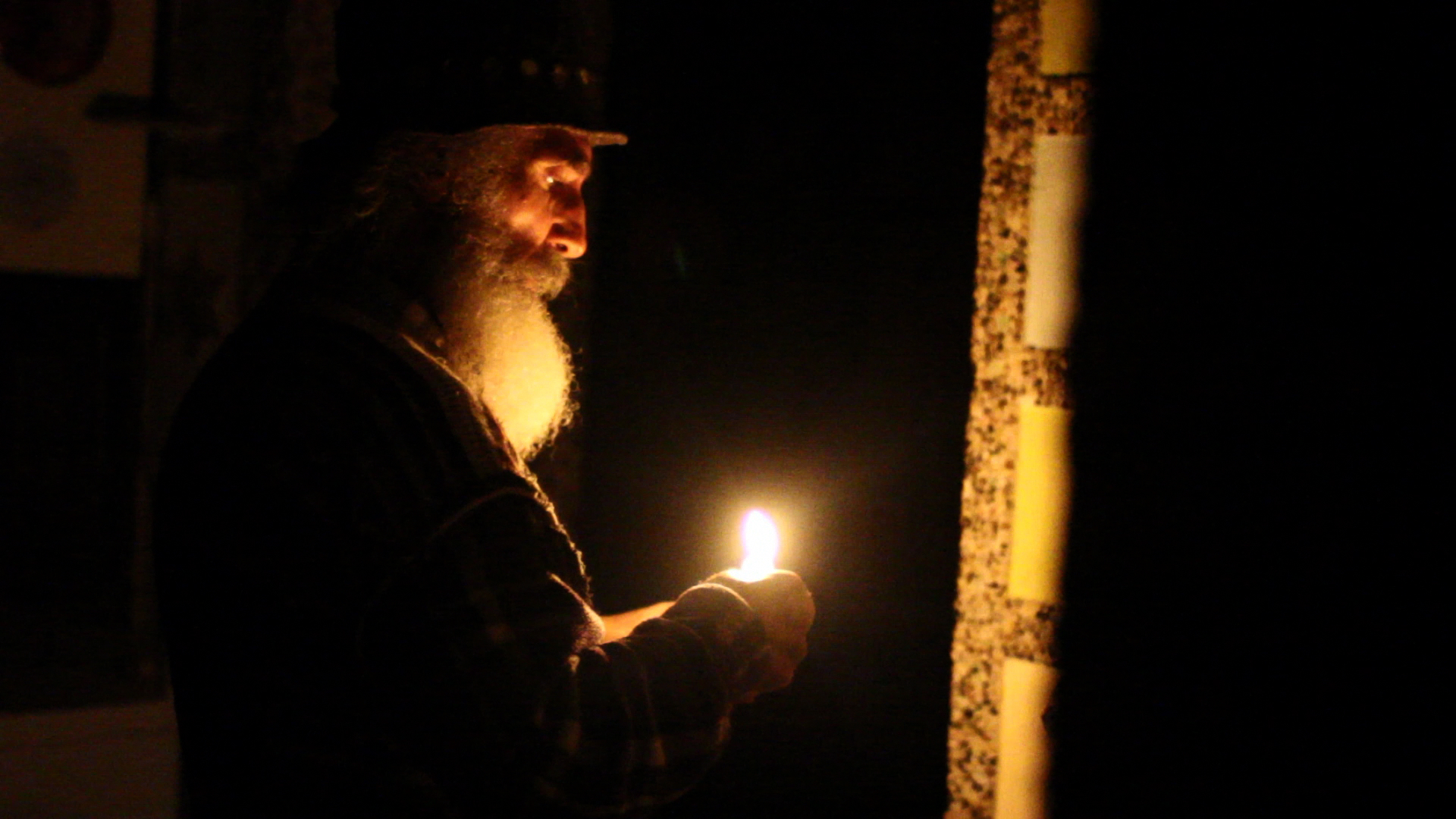 Nino used to be a bricklayer and once lived with his family in one of the enormous council houses of Brancaccio, on the outskirts of Palermo. Now he lives at the top of a mountain and has become a holy man - a prophet. As of some time already, he had finally found - in a crossword puzzle - his favorite pastime - his new name, the one that God had intended to assign him for this special mission of his: and this is how Nino became "Isravele", which is "elevarsi" (elevate yourself) written backwards.

As he himself affirms, he is ignorant, having just barely completed grade school, and that too an achievement attained with great difficulty and several years later than the rest of his schoolmates. His mind was closed. But then one day, while he was driving his car to pay a visit to his wife at the hospital, the sky split open and he was borne aloft towards the light. When he returned to his body, he was no longer the same.

Now – after about twenty years of residence in the old and abandoned military observatory – he has completed work and  has finally decided to reveal himself to the world, opening his temple to one and all - a setting full of  gleaming naïf mosaics which one can hardly believe to be the work of this diminutive and introverted sixty year old, considered by most to be a harmless crackpot.

By dwelling on these aspects that have been removed by our civilization, this film tries to cast some light upon what in our epoch causes the greatest terror: loneliness.

And in doing so, I'm immersing the viewer in this "other beyond himself" which the mountain and its silence represent, placing him in in dialogue and in contraposition with the new city which is developing along the fault lines of the mountain: expanses of cement, huge council buildings and Sundays spent at the immense shopping mall that stands out right at the base of his mountain - a temple of our days, a cavern of ephemeral treasures, of status symbols of an epoch which upon the altar of a deified ego, seems to have sacrificed any and all forms of transcendence.

The enchantment and wonder of a life immersed in the absolute, in contrast with the frenzy of a time that seems to escape us, a time obsessively chased and yet by which we, at the same time feel hounded, in a constant projection of oneself elsewhere.