highlights
“Radhe Shyam”: coming out Friday, March 11th the Indian blockbuster that takes place in Turin and other Piedmont locations 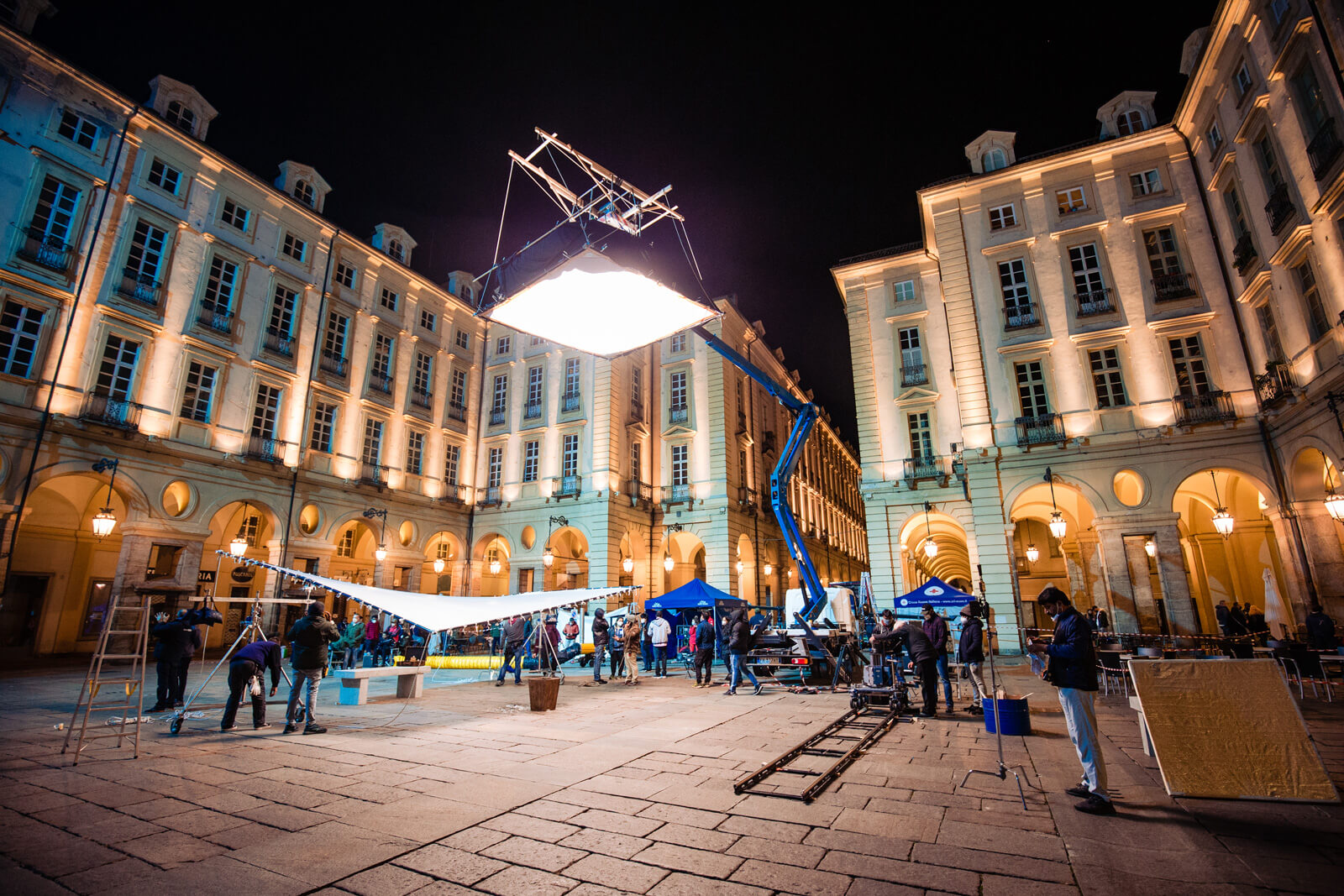 “Radhe Shyam”, the Indian blockbuster featuring Indian stars Prabhas and Pooja Hedge, and entirely set in Italy and Turin, is being released in 5.000 cinemas in India and 500 more cinemas in the rest of the world.

Starting from today “Radhe Shyam” – a big Indian production realized in Italy and for the most part shot in Turin and Piedmont – comes out on 5.000 screens in India, and 500 more between the USA, Canada, UK, Cina, Japan, Indonesia, and Australia.

Realized in October 2020 with the support of Film Commission Torino Piemonte, the blockbuster will bring to the silver screen two Indian stars of great fame such as Prabhas – considered among the most influential in India – and Pooja Hedge, one of Bollywood’s most loved actresses.

“Radhe Shyam” – which was produced by UV Creations and T-Series Film with the executive producer Ivano Fucci for ODU Movie s.r.l. – tells a love story that takes place in the 70s, and it is the first big Indian movie entirely set in Italy, and in particular in Piedmont (the few scenes that take place in London are still shot in Turin).

Many scenes were also realized in the Reggia di Venaria to then move on to Pian del Frais of Chiomonte, continuing through the train station of Ceres thanks to GTT and the Museo Ferroviario Piemontese thanks to the City of Savigliano.

Many locations were featured in the musical scenes typical of Indian cinema and are indeed showcased in the songs that the producers released during the past months to promote the film.

Suffice to say that the 3 video clips – realized in several languages: Hindi, Telugu, Tamil, Kannada, Malayalam – have reached to date a total of about 150 million visualizations.

Speaking of which, Beatrice Borgia, the President of Film Commission Torino Piemonte, points out that “Radhe Shyam is a project that best shows the tie between audiovisuals and tourism, and that has a unique promotional potential for the Piedmontese territory, thanks above all to the great fame of its protagonists. Cinema has always contributed to building a collective image that has an impact on tourism: we are certain that this film could bring important benefits in that respect and attract other important Asian productions in Piedmont.”

The shootings – that engaged on the whole about 1.000 professionals across all of Italy – involved the Alps of Valle d’Aosta as well, Liguria’s sea, Tuscany, and the city of Rome thanks to the support of local Film Commissions.