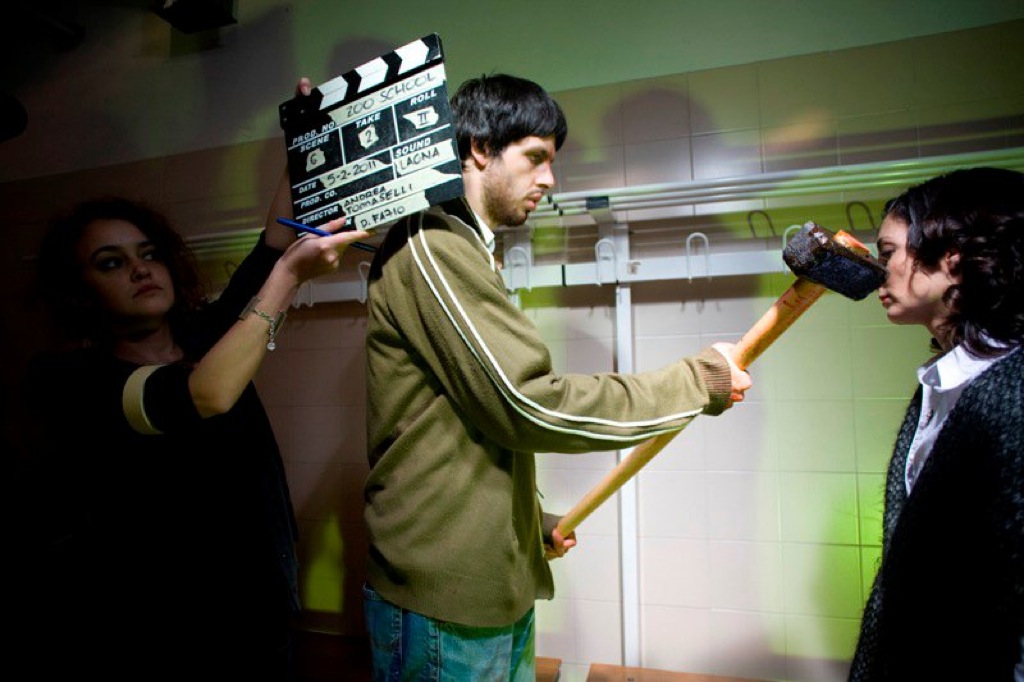 It’s 2 p.m. Another day of school is over. Angelo Sabot, a special needs educational assistant who seems to be the only teacher able to understand and help students, finds himself in the middle of a nervous breakdown. He shows up at the school armed with a hammer. He starts to take his anger out on things, a decision that ends in tragedy when Sabot turns against his beloved students in a massacre without justice.

What led Sabot to act like this? What events brought him to this point? To uncover these complex answers, the storyline travels back to the beginning of the year, back into the daily life of an apparently normal school. Here we can meet a Machiavellian Headmistress whose only purpose is to cover the secrets of a rotten system full of questionable people; her sadistic helper, a child molester and professor, a perverted and creepy caretaker, and Angelo Sabot, himself trying to reclaim his life after being busted for drugs use.

Sabot reaches a breaking point. It’s 2 p.m. In this Zoo School, like animals in a cage, students, teachers and staff alike are both victims and torturers. Sabot is walking through the school with the hammer covered in blood and no one can stop his madness.