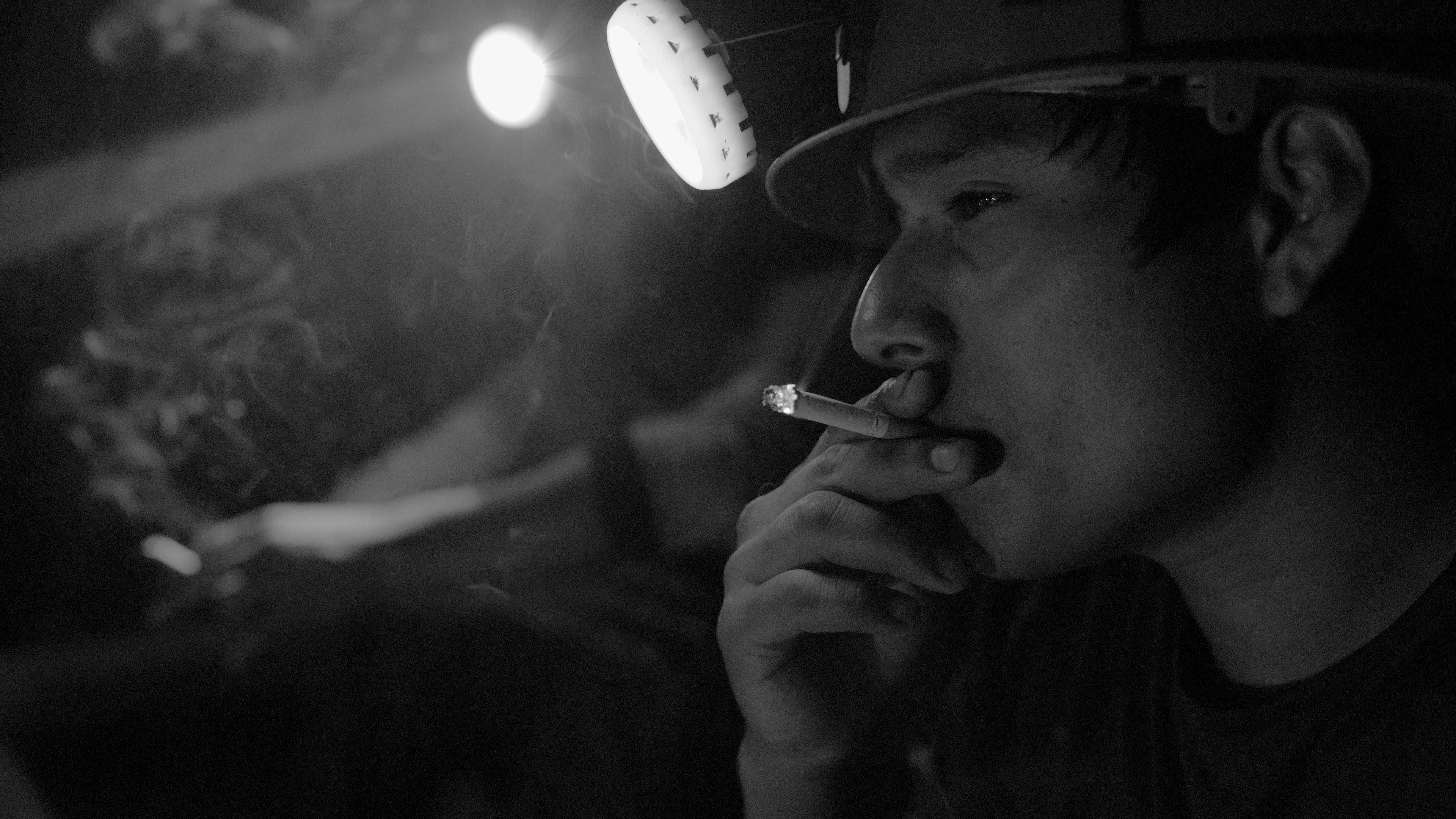 Jorge leaves Lima's suburbs, his family, the shared house and the totally wrecked motorcycle taxi to seek his fortune in the Andes, at La Rinconada, the highest elevation inhabited city in the world. Here he rejoins his cousin, who's been working there for years, with whom he shares a metal sheet hut. Jorge immediately finds a job and his first day becomes a sort of initiation that ends in a cellar in the middle of the night, among pile of beer and many other miners. Henceforth the movie abandons the protagonist to focus on other characters living in La Rinconada.
Annibale trades in gold and is looking for new girls for his club.
Senna's been working in a cellar since many years and wants to change her life.
Everyday life and mythopoesis mingle a place which is the epitome of contemporary gold rush.

The movie's aim is to tell us about contemporary gold rush, setting it in Peru, one of the biggest gold producers in the world. Inside the national context, La Rinconada appears the better place to narrate about gold rush as a challenge of man against nature. A challenge which doesn't come from a desire to go beyond one's capabilities, but from an inescapable need hailing from the living conditions and from the lack of better choices. The movie starts following Jorge and his decision to seek his fortune in La Rinconada, travelling by his side through Peru. But here, the reality of La Rinconada gains the upper hand on the main character and the movie become choral. My purpose is to built the narration upon a course of time of about nine months, from summer to spring thaw, working with the actors-characters using a participatory approach and adapting the script to the flux of reality.