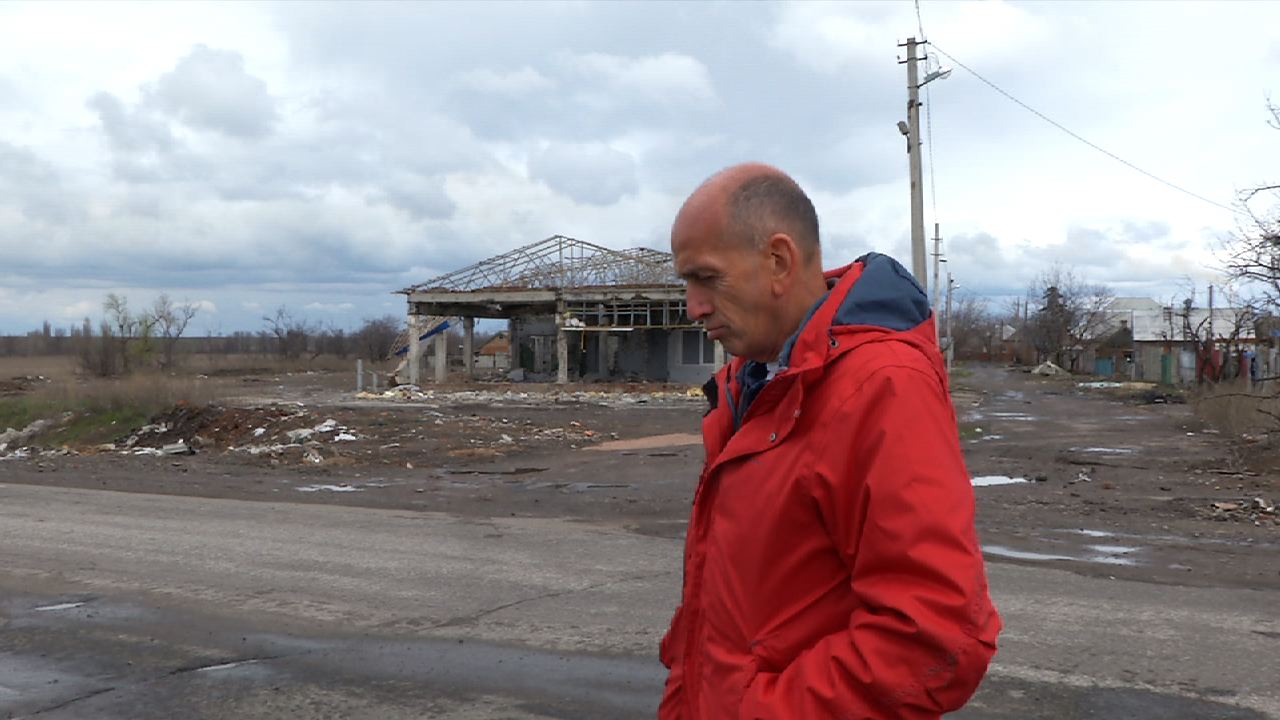 Domenico Quirico, legendary correspondent of the daily La Stampa, abducted in Syria in 2013 and released after 152 days of captivity, evokes the journey of a life spent collecting fragments of other people's lives and descends into the well in which the deprivation of freedom and dignity forced him, for the first time, to compare his fate to that of the protagonists of his stories.
His voice takes us to reconstruct that moment and leads us along the trajectories that are the object of his narration. His words in the film pair with action. Besides the meetings with the author that will build the narrative of the film, we witness the reporter on the ground. For the first time a journalist who has neither worked with filmmakers nor photographers, agrees to share its experience in the field, along the Ukrainian-Russian front. A journey that will then continue along other fronts and that, inevitably, will lead us to the place "where it all began and finished”, Syria, because "the return is not home, the return is there”.

A film-interview that traces back the salient moments of a lifetime and deliveries to the viewer a portrait of a man who is a symbol, both for readers - fond of a journalistic style «that some consider ridiculous, old-fashioned, baroque, useless, but that is my way» - and the aspiring young reporters of the new generations.

I thought of Domenico Quirico as the voice and the face of this film when he was imprisoned in Syria. And I have not stopped doing it when he was released.
The personality of Quirico is unique in Italian journalism. The quality of his work, the depth of his participation in the events of which he gives account, go far beyond the informative value of the articles that are published in the newspaper. Quirico is 100% journalist because he embraces the ethics of the profession and its investigative approach, but he is also, and above all, an investigator of the human condition.
We started with telegraphic communications and, progressively, we came to deeper and more personal dialogues. We came together to the decision of filming a series of interviews/confessions. And eventually to leave for one of the fronts that he covered for La Stampa on several occasions during his career: Ukraine and the conflict with the pro-Russian rebels, the last European war.
Words and action will mirror in the film: Quirico's modus operandi on the ground will reveal how his approach changed and developed over the years and how he never stopped reporting on the events he witnessed and describing their protagonists. Including himself and his existential journey.
Archival footage, provided by La Stampa, Rai, and Quirico himself, are indispensable contributions.
An important reference for the shooting of the interviews are the film-interviews by Errol Morris. The voice of the author is a discreet presence: the story is not a soliloquy; it is a dialogue, as the work of Quirico has always been.