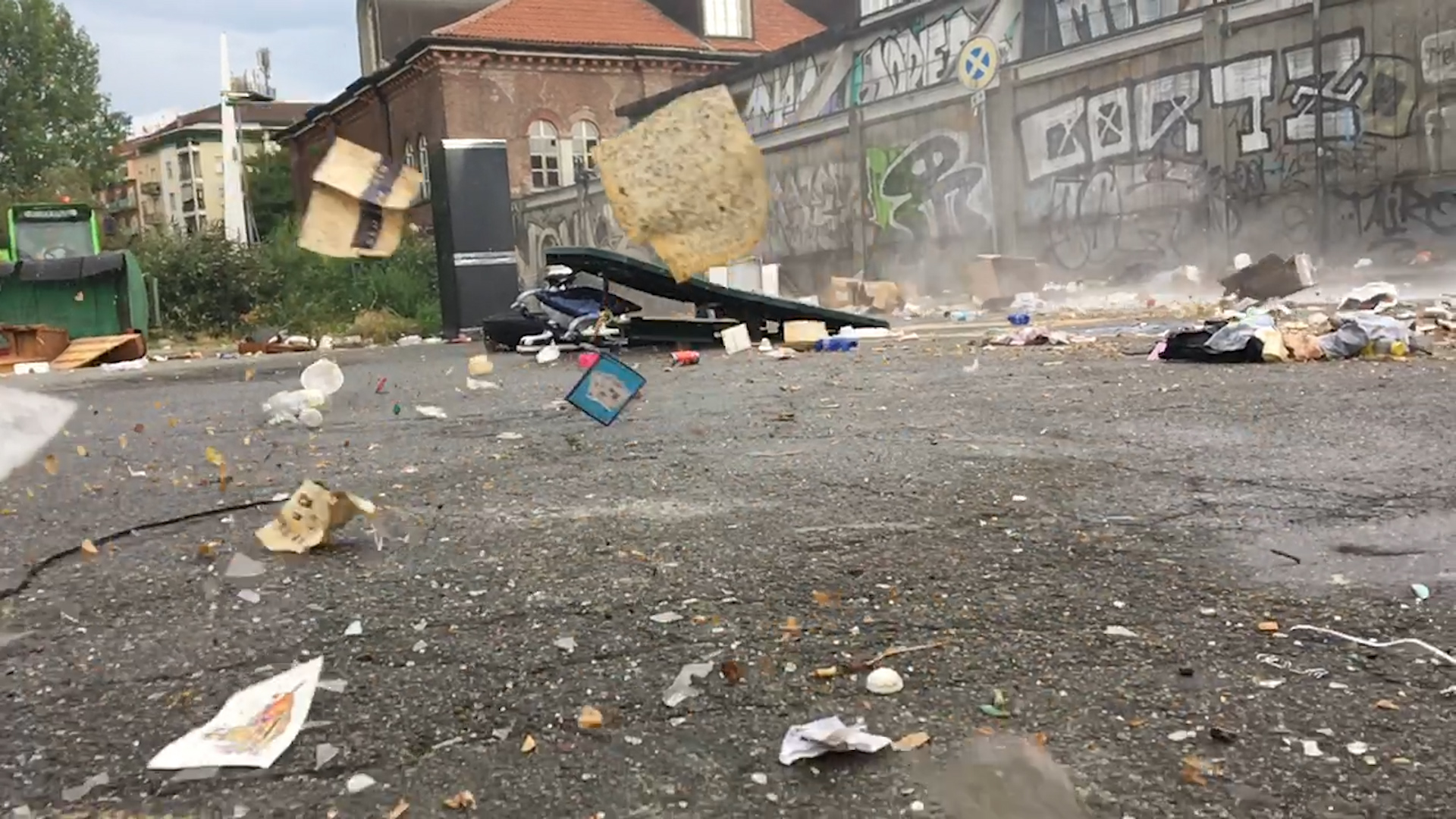 Aurora is a northern suburb of Turin, Italy. Five men are connected by the daily struggle. They are sucked into a decadent urban jungle, where the waste blow away from the wind and a balloon rises to control the world from above. They have different ages and origins, and, awaiting an extraordinary moment that values their existence, they resist. Mario, Wail, Damas, Donato and Diego are struggling for a sea bath, a long-awaited surgical operation, the construction of a walking car that brings music and cheerfulness, help for a job done in complete solitude. Aurora is the absence of a female touch on these men’s faces. Aurora is a new day comes.

Aurora is a border zone, a part of Turin where rough and tumble urban landscapes exhibit a mongrel beauty: graffiti covers the walls, nineteenth century palazzos stand shoulder to shoulder with post-war high rises built in the ‘60s and ‘70s, and sprinkled among them, new structures erected after the year 2000 complete the chronological story, marking the passage of time. Here you can find enormous abandoned spaces; factories and warehouses in disuse. In 1850, Borgo Dora had over 20,000 residents, mostly factory workers, and was regarded as Turin’s most populous workers’ quarter. During the second world war, resistance against the Fascist regime was intense here, and after the war, new immigrants flocked to it. In Aurora, the game is called integration. It consists of concrete, ordinary actions, like those of the film’s five leading characters. I met the protagonists on the streets of the neighborhood. I tried to bring this dimension of mobility and meetings into the film, describing the movements of the neighborhood’s inhabitants within the larger framework of the continuing destruction and reconstruction of identity that inevitably occurs when an area opens up to important migratory flows. An ongoing process of destruction and reconstruction that replaces the old with the new. Aurora is also a woman’s name, and the first moment of each new day: both aspects are present in the film. In the first case, in the absence of female figures in the stories shown, and in the second as a harbinger of new meetings, new relationships and perhaps even new paths that lead far from this neighborhood.