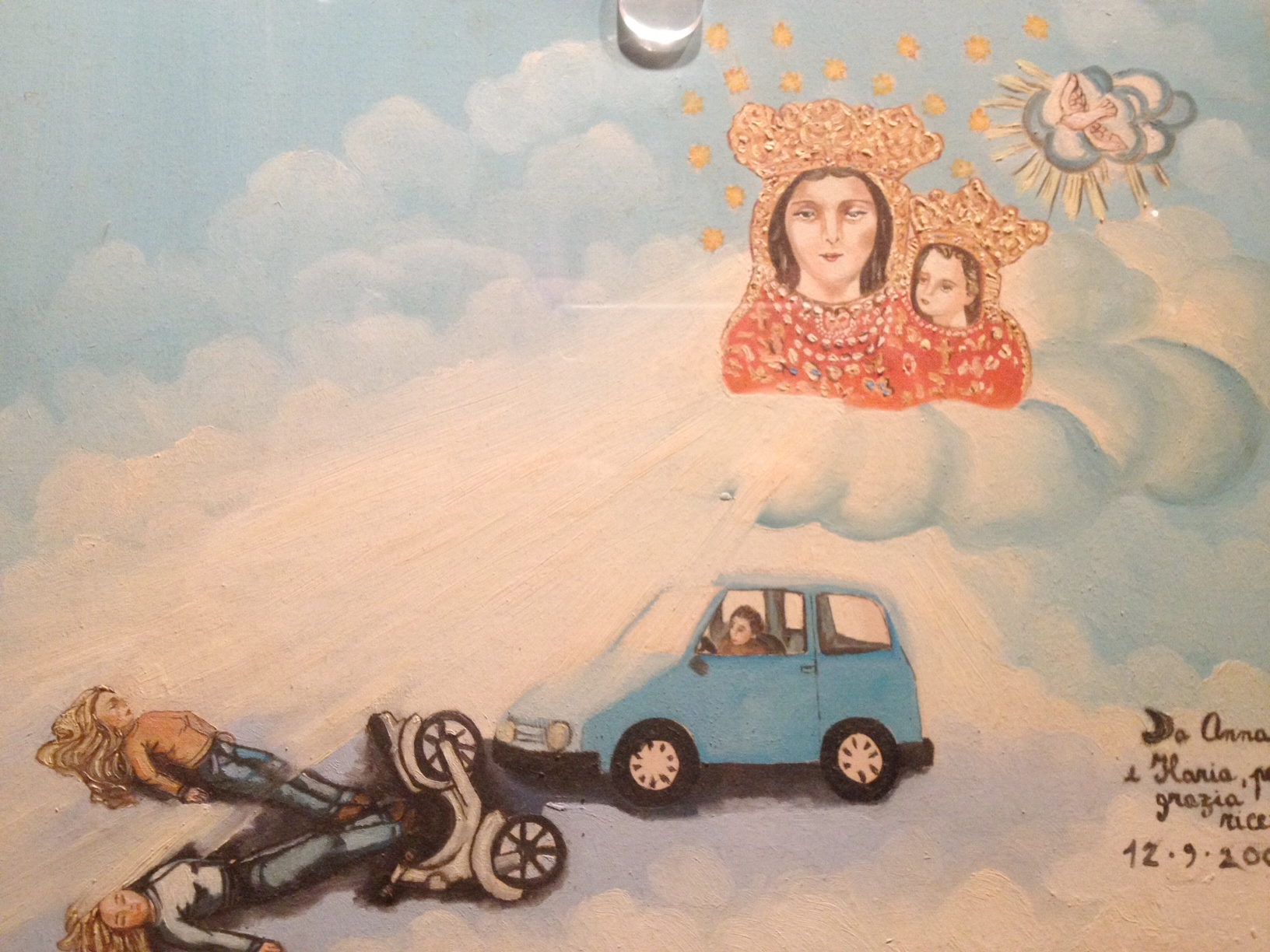 Firstly, there is a bruise. A blue haematoma on the left cheek.
The bruise flaunted by the Mother of us all, who has been sitting for centuries on the slopes of Vesuvius, very calmly, on a sea of magma. With her bruise and her pain.
The Madonna dell’Arco.
Venerated by the people who claim her, and talk to her in dialect using the familiar thou form, the Madonna of the Arch is the absolute star of a totally Italian myth, a bruise which has generated hysteria, thrashing about, seizures and delirious mass scenes for centuries: a “rave party” for the poor and the suffering, who recognise themselves in this bruise and implore it for divine mercy.
The portrait of a completely miserable country, unable to heal its injuries, is structured around this bruise, and one slowly penetrates into the disordered anatomy of an Italy that keeps sinking under everyone’s eyes, always waiting for a miracle.
At the centre of the story, are five characters who will probably never meet (or will just, by a hair's breath).

I am imagining this film as a soap opera, without an initial script or story board, in which, by leaving space for the improvisation of real life, the characters end up by finding the way on their own. Although it is structured as a comedy, for one cannot escape this genre in Naples, I want to approach the subject with the coolness of Danish cinema.
De Filippo becomes my reference point, an unceasing pendulum between wakefulness and sleep, reality embodied in our most intimate aspirations.
Should I then be able to bring some Chekhov into the suspended dialogues and into the silences, my secret dreams would definitely be fulfilled.
The absolute protagonist is The Virgin of the Arch, with her bruise and her grief: she is the underlying theme in the film, she appears and disappears, becoming a symbol or a magmatic presence as needed. The others are extras, aspiring to be the protagonists, and they all deserve a lead role: they fully represent the facets of an entire country which is reflected in this city.
Each character is a metaphor, every life is a piece of the puzzle.