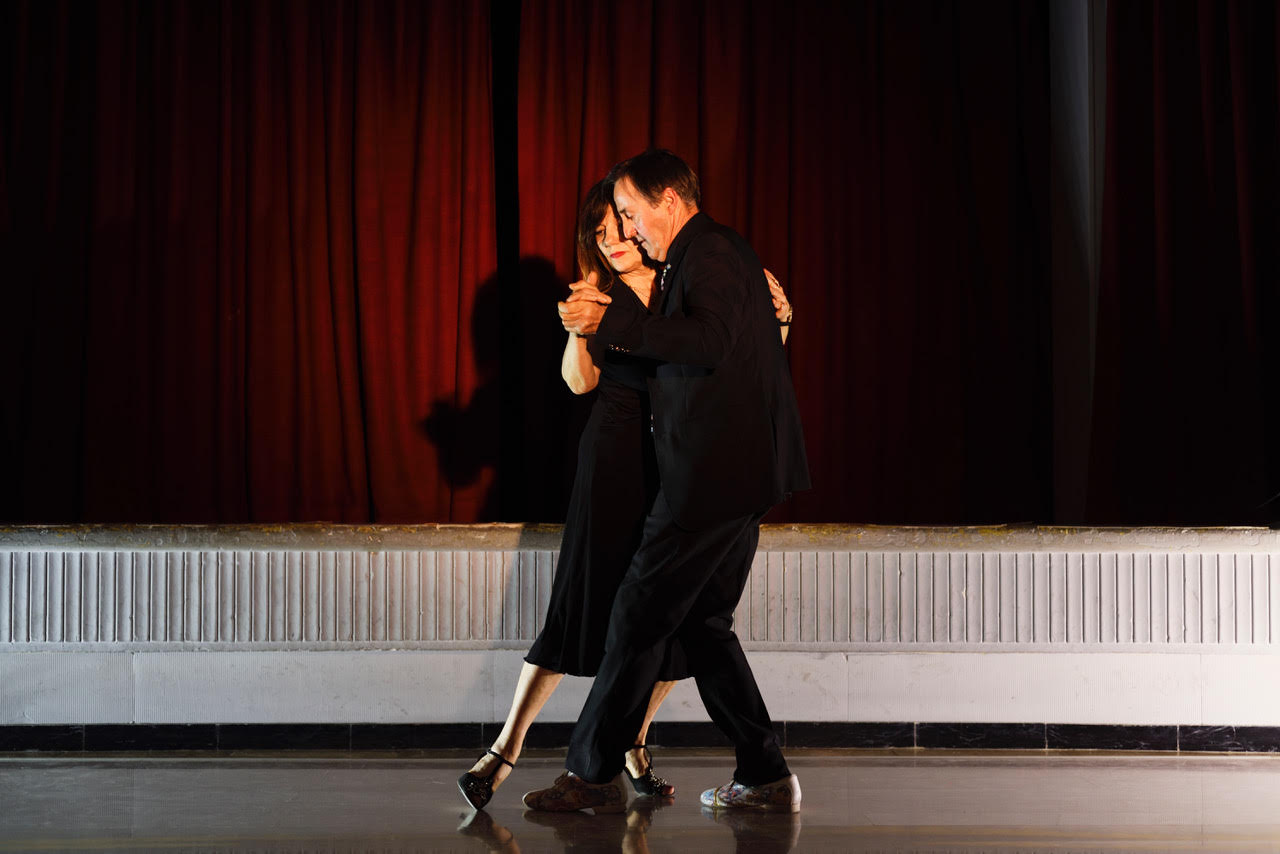 Claudio was struck by Parkinson’s disease in 2001, he was 44 years old. Today, 15 years later that terrible diagnosis, in a crowded dancing hall, he is dancing a passionate tango with Ivana, his wife.
Monica and Giorgio are their teachers. They are going along Claudio e Ivana in this hard battle using tango to face all those invisible obstacles that the disease sets against moving.
The clinical chart leaves no doubt about Claudio: he is a unique case. He doesn’t need a wheelchair, he is taking one fifth of drugs anyone at his stage is supposed to take, he is still working in the family farm.
Gianni Albani, the neurologist that is taking care of Claudio, has been fighting for years with him to prove tango has to be considered as a valid rehabilitating therapy.
In the USA Doctor Earhart Gammon is fighting the same battle, using other approaches, to demonstrate to the scientific community that tango is different from all the other dances.
A story of hope, a battle for life e for a dream.

Claudio was struck by Parkinson's disease. His personal battle against this frightening, yet incurable, disease using music and dance can be seen as a metaphor of everyone's battle for life.
We'll enter the intimacy of the characters everyday's life, discovering the difficulties and challenges they have to face day by day. We'll learn about their dreams, we'll share their failures and their victories.
The tango will rhythm the narration, creating a fil rouge that links each story to the others as we were dancing.
The sense of the film lies in Claudio's message and courage against the disease. Claudio, that started dancing the day he discovered that the Parkinson's disease would force him to stop walking, in the same way he joined a lyrical chorus as soon as his voice began to disappear, chooses to brave the Parkinson’s and its symptoms. A celebration of life.