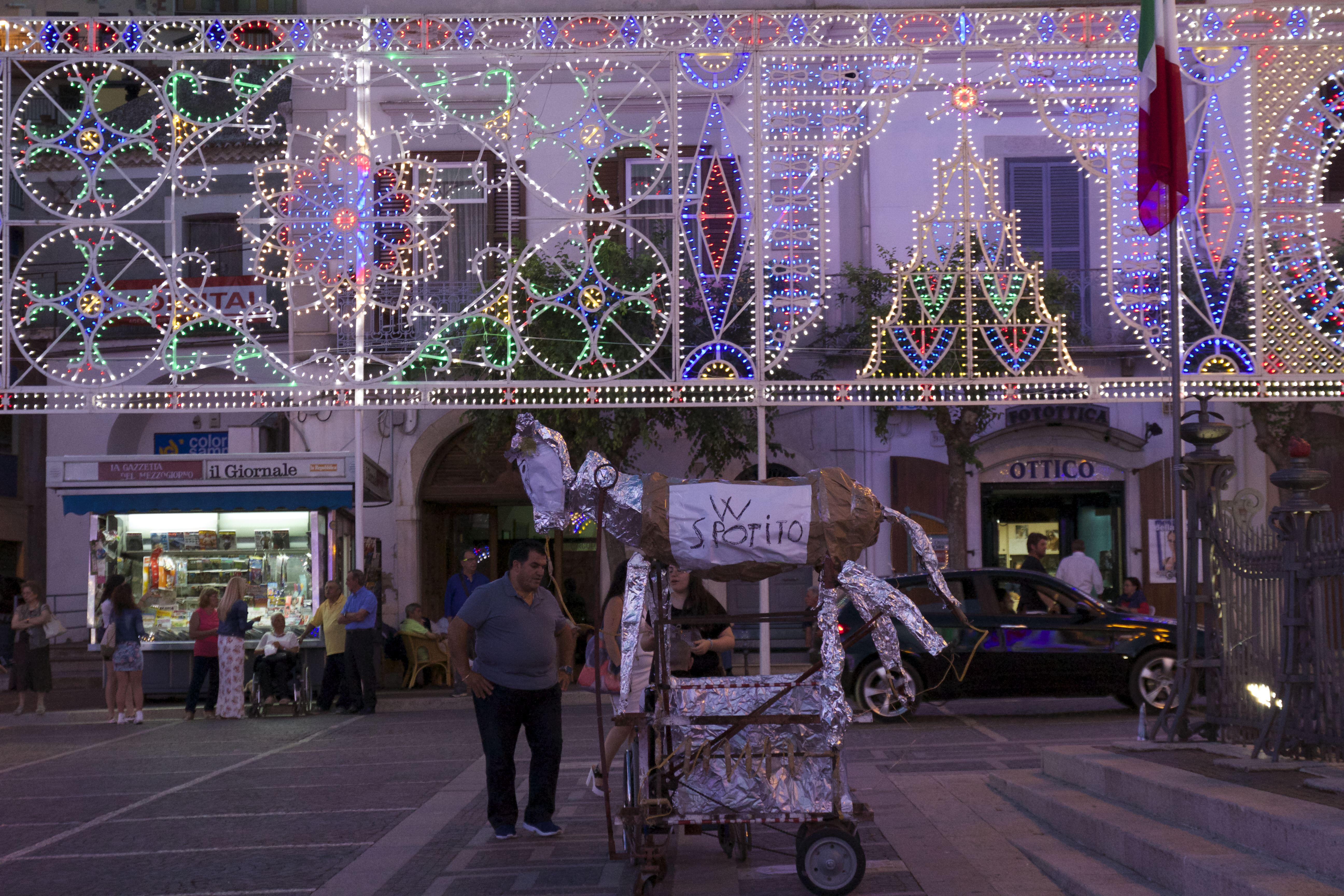 A small unknown town in the inner mountain areas of Apulia. Here the feast honoring the local Saint is repeated three times per year: for those who stayed, for those who left and come back for the summer holidays, for those who left and don’t come back. The town is populated by poets, singers, actors and dreamers, the “Music Tractor” goes by the streets, a smiling Monsignor gives his blessings, and warm political debates animate the squares. The town even became the subject of a large research project by the University of Kent in Canterbury. How is this possible? An entire year in the town where the family of the director comes from. A place left to look for a promised land of work and wealth in the industrial north. A travel begun for regret and then turned in a joyful discovery of a lively reality, which comes to life in circus-like noisy and brilliant activities, perhaps destined to disappear or travel far away.

The documentary is an exploration of places and people and the reciprocal relations among four elements: the places of “there’s nothing here”, the cities, the “remained” and the “leavers”. The four elements will contribute to build a storytelling of a unknown but very large and extremely beautiful area of Southern Italy, where my own family has its origins. The aim is reconnecting some interrupted stories and revealing connections between distant places. I grew up in the industrial north, and in the first part of my life I got to know the hometown of my family only through stories told around the table by my older relatives. When I started the research for this documentary my approach was distant and detached. But after more than one year and half of research and shooting, my family’s hometown became parte of my life as I have been progressively involved in its unexpected vibrant atmosphere. there? And in the meanwhile, what happened to the many  locals that left in the past? The documentary will contribute  also to the development model and the ongoing changes in the places where the “leavers” live, the industrial cities in the North.