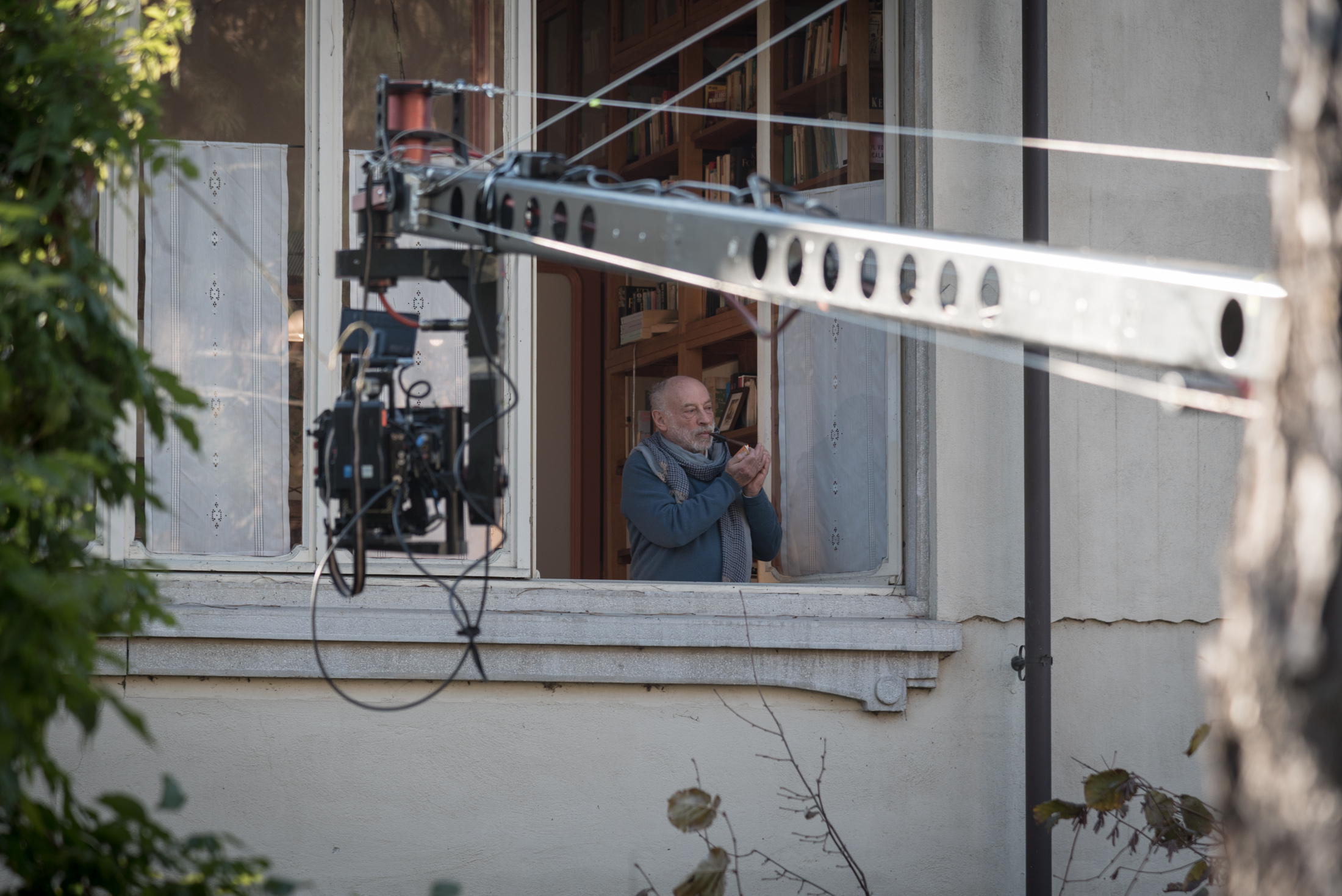 A painter stands in a studio in front of a white canvas. Waiting for his sub-ject,  the  obsession  with  an  imaginary  village  emerges.  Stefano  Levi  DellaTorre is the nephew of the artist Carlo Levi, whose heritage is symbolically preserved in the future painting. From Paris to Matera, crossing Piemonte, Alassio,  Florence  and  Rome,  the  documentary  follows  the  tale  of  the nephew, who becomes the narrating body in touch with significant seasons of the twentieth century such as confinement and resistance. Between the re-alization of the pictorial work and rare archive materials, Stefano's path goes beyond the interior world, to cross the sea of the Levian imaginary.

There are three dimensions of the story that is intended to bring out and interweave in this documentary film: the accomplishment of a contemporary painting, archival images and Stefano Levi Della Torre's journey to the places of his life mentor, Carlo Levi. The narrating body of Stefano Levi Della Torre takes care of elaborating a thought in contact with his family memory, which crosses the history and great themes of the twentieth century of Italy and Europe: the workers ' revolution at the end of The First World War, Italian refugees in France and artistic influences of the school of Paris (École de Paris), political confinement, the Jewish diaspora. The triple activity of the great Turin artist, between political commitment, painting and literature, becomes a way to retrace a great season.

Starting from the sale of the historic family home on the heights of Alassio in the Ligurian Riviera, passing through an exhibition of paintings by Levi, from Rome, staged at the Hotel de Galliffet in the heart of the Latin Quarter of Paris, to get to the mysteries of Palazzo Lanfranchi di Matera, who lives an extraordinary season as the European Capital of Culture in 2019, the film brings together the various souls of Levi's biography (1902 1975). The chosen style is that of the contamination between archival material and contemporary shots, maintaining a single format and calibrating photography in the present dimension on the balanced and fixed composition of the animated paintings, to remember the pictorial image from which we started. The variety of environments (Paris, Turin, Alassio, Rome, Matera), allows to build and sublimate the urban and natural landscape, in a geography of memory, which slowly comes to emerge in the forms of the painting that Stefano Levi Della Torre paints in the course of the documentary, for the documentary.

This dynamic operation, almost as action painting, is structural in the evolution of the filmic tale and represents the center from which to start the further dimensions of archives and external movement towards the Levian places.