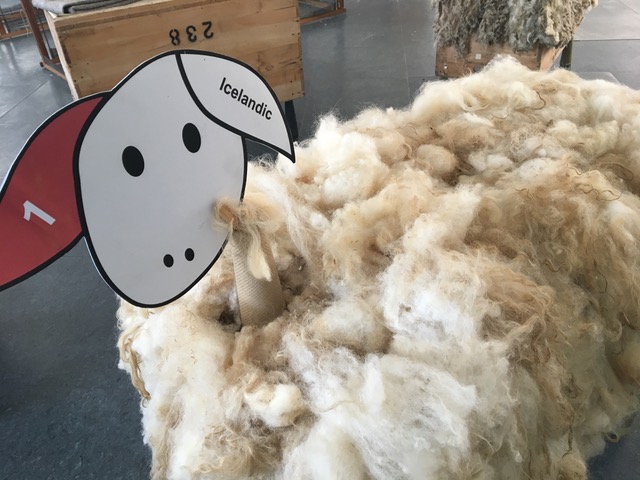 Woolman is a documentary about the daily life and struggles of Nigel Thomson, a British expat who’s been living in Italy for nearly forty years and who has devoted his entire life to wool. Nigel is one of eleven highly respected wool experts in the world. Nigel learned about wool from a very young age in Bradford in the UK. When he was 19 years old he moved to Biella to work for the Botto family owners of a local wool mill. He was an essential part of the team at the Botto's well established mill for over 20 years until it closed in 1992. Since then and due to the advent and the pervasive use of cheap synthetic textiles in the fashion industry , textile making in Biella has ceased altogether. Since the closing of the factory Nigel has confronted many hardships and financial insecurities but has stubbornly believed his future was in wool. Over the years Nigel’s unbreakable conviction has taken its toll on him and his family but Nigel has stayed constantly loyal to his trade thinking that not only was there a future for wool but that something needed to be done for the struggling wool growers around the world. As the years passed and the Botto family could not find partners or ideas to re- launch the mill, in 2008 with a few friends and former colleagues Nigel took a braver leap forward and created The Consorzio Biella The Wool Company. The Consorzio Biella The Wool Company is the only business entity that offers wool processing services to the non wool sector: the farmers. This means personal contact and theprocessing of small quantities; it is a very artisanal way to do business that is strongly tied to the farmers and not driven by the demands of the fashion industry. The Consorzio's contact with the farmers is both essential and individual, and it is often the only thing that encourages Nigel and his partners to continue. At the core of Nigel’s initiative lays the firm conviction that wool processing can be only done in Europe. He came to this conclusion after a three year long project the Botto family had in China and on which he worked on. There Nigel realised that the contemporary gigantic textile manufacturer has literally no clue when it comes to wool. These days Nigel goes to work every day in the nearly abandoned mill. His Italian wife, Lorena, works alongside him in many capacities. Nigel is now self - employed and his wife works full time but can only be paid part time. All of their income comes from the wool processing service for small wool growers. For the the last six years Nigel has earned less than the men who work in the warehouse at the Consorzio and has resorted to using his personal savings to get by. Nigel has also invested a lot of his own money into the future of the Consorzio, and in what he calls his dream: a small scale yet profitable future in the market where both ends (the Consorzio and the wool growers ) can prosper. The gigantic dismantled Botto factory sits on a hill by a river which now runs clear and clean again. The Bottos cannot find anyone to rent it or sell it to because the mill is in a difficult location for today’s industrial logistical necessities. To prevent the building from falling to ruin, they allow Nigel to use it, even though he pays no rent. Nigel works with Lorena in a tiny office nestled in a corner of the plant, in stark contrast with the dimensions of the once operating mill. His few workmen process the wool in a gigantic shed where their scarce presence and their daily tasks seem all the more heroic against the backdrop of a plant that used to house hundreds of employers. But both Nigel and the Bottos hope that the Consorzio may one day buy the factory from them. In spite of the hardships posed by the farfetched business he has envisioned and created, Nigel and his colleagues say they are happy to go to the office in the morning knowing they’re helping people, the like of farmers in mountains where the eco system has been disrupted or shepherds in Abruzzo who have hardly recovered from the earthquake of 2016. For Nigel’s dream to come true they only need their work to be recognised and known, they need the international exposure of a “ regular" caterer to the fashion industry, one that puts an ethical, humane, mission first for a change. The Consorzio’s members know that what they do is not about fashion, but that it is something that goes a lot deeper, a social issue. They do believe that “ what they do is the most ideal production line that there is in the wool industry.” And again Nigel and his partners are unrepentant idealists at heart. Their idealism after all has brought an undisclosed number of duvets made with wool (not feathers) to Buckingham Palace, which was taken as an auspicious and promising sign by Nigel, the Wool-man.

I am an Italian film-maker who literally stumbled upon Nigel’s story when doing location scouting for a feature film. The keen interest I have in people and their stories has always guided and shaped my choice of fictional characters. Some of them (Olivia in Beauty Queen Olivia for instance) derived from encounters with actual people. Olivia was an “ underdog” and so is Nigel. Underdogs are my specialty and my passion. I believe there is more excitement and awe in inching your way up and I have intuitively resisted the decadent stories that draw the opposite path. I like steep roads. So does Nigel. Having been a Slow Food member since 2002 I recognised the worth of the Consorzio’s mission and endeavour. Piedmont, where the town of Biella is the native region of the Slow Food Movement. Slow Food generated awareness about food production and local food products that were destined to be forgotten, crowded out by mass production, condemning the artisans in the food industry to unemployment and large areas of our land to be abandoned. I hope that the story in this verité documentary that will create a similar awareness of artisanal manufacturing. Without the survival of artisanal craftsmanship I do not see Italy as being competitive in any market and, without people like Nigel, its economic future may well be grimmer and more uncertain.