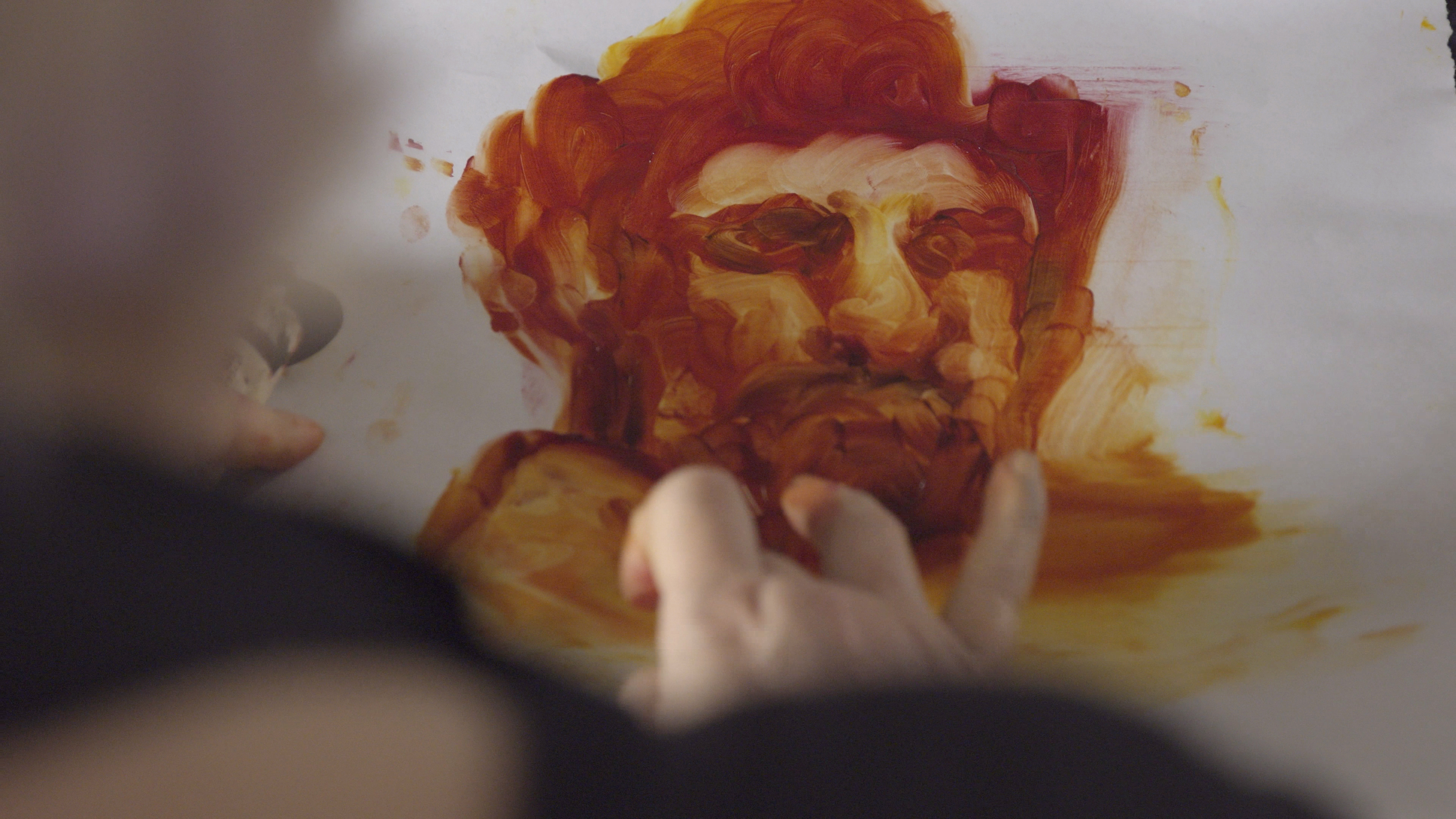 Tarika is a Medium and she lives in a world populated by the living and the dead. Thanks to her ability to penetrate the world of the invisible, Nadia and Sirio take an unexpected journey with their deceased relatives. Nadia hopes to redefine the identity of her dead and almost unknown parents, Sirio hopes to ease his sense of guilt over the suicide of his wife. Lucia, however, is a rebellious disciple; when Tarika asks her to draw the faces of the dead, she is torn between the desire to embrace the irrational and the need for scientific proof. While Nadia, Sirio and Lucia discover the vastness of the continuation of life, with each spiritual contact there emerges Tarika’s all-too-human solitude with respect to her role.

Medium explores the universal theme of the relationship with the dead with  a strict observational approach and by a great proximity to the protagonists.

The extraordinary nature of the project is the unique access to characters and situations, told with a point of view that observes without prejudice a world often relegated to the occult and to false representations. The intention and the challenge is to create a film for cinema release with the ability to reach an extended audience, telling themes and stories that are often entrusted to genre films.