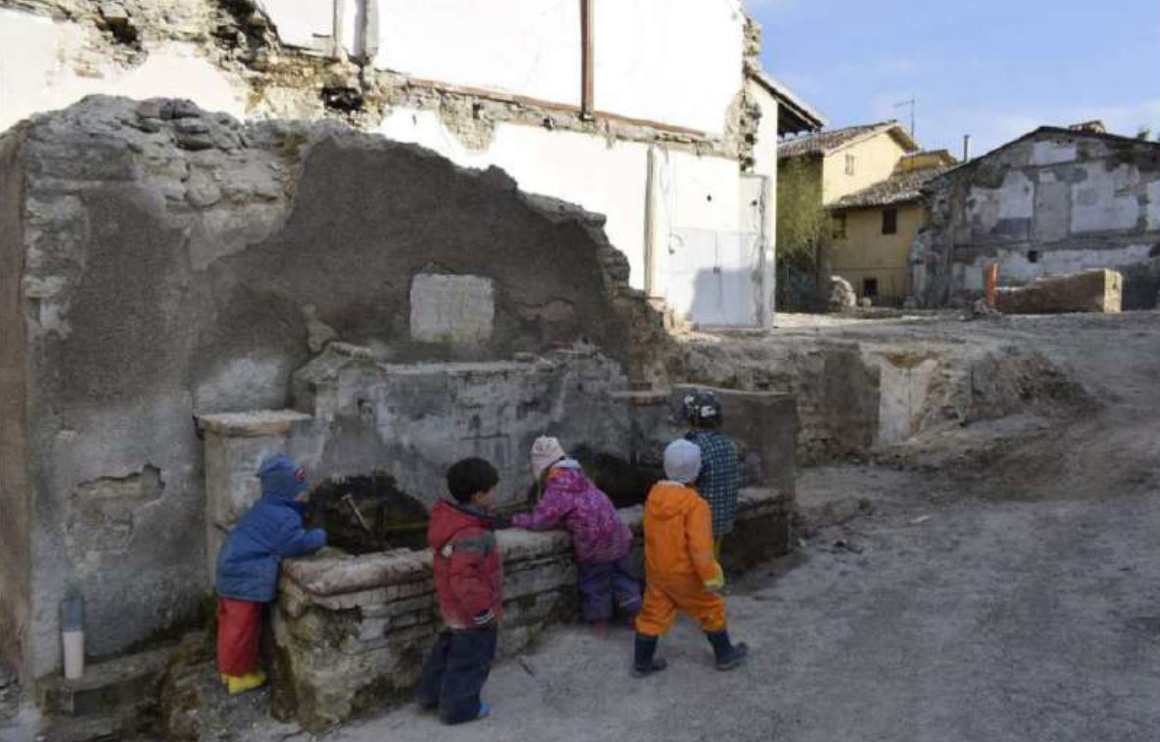 A kindergarten in a yurt tent in the Sibillini National Park, where time seems to stand still. In 2016 a 6.5 magnitude earthquake, the strongest in recent years, destroyed the school which has not yet been rebuilt and perhaps never will be. The educator Federica, the kids Kilian and Nina and the other children of the class preside over the village of Vallato, in the crater of the earthquake, where no one lives now. Then the lockdown for Covid-19 came and made things worse. How to go on? Federica and her kids decided to reinvent their existence and to defend the space on the ground where they would like the new structure to be built. A defense set up by living that little space daily. An elderly lady, Maria, lives near the kindergarten in a caravan. She doesn't want to leave hes house with a collapsed roof. These two worlds meet and cross each other, learning to stay, to remain, because all they have is "here", in a fragile space, where we educate ourselves in pain. Living is the root of being in a place. Such a fragile cosmos where children will be determined to face loneliness, awakening the sense of wonder and magic on the world, like animated stories that emerge from the children’s imagination.

The idea of the documentary starts from the need to narrate an event that has forever changed a territory and the life of those who lived there: the earthquake. That of 2016, the worst that has ever shocked central Italy, ten times stronger than that of 1997. The territory is the one of the director, born and raised there, in Marche region. In order to do that, this film relies on a new point of view, the children’s one. Never as in this case children are the mirror of what happens in society, they are those who suffer from what happens and are often the least listened to, together with the elderly people. “Everything is here” is a work of civil commitment, which intends to cast a light on what is happening in a small village in central Italy. In a historical and social context where it seems impossible to find a reaction to the violent force of nature, the children are the ones who give us an answer, with their naive but optimistic gaze towards the future. A lesson that the public and political debate, always stuck on discussions that concern the economy and funding, hardly accept. For this reason, the task of the producers is to realize a work of civil commitment which, through a series of initiatives, already planned, can reach specific targets throughout the Italian territory. The intent is also to keep alive the attention on the reconstruction of the territories affected by the earthquakes in 2016. But it also has a poetic intent, and which is in the suggestion to look at the world and events in a different way.