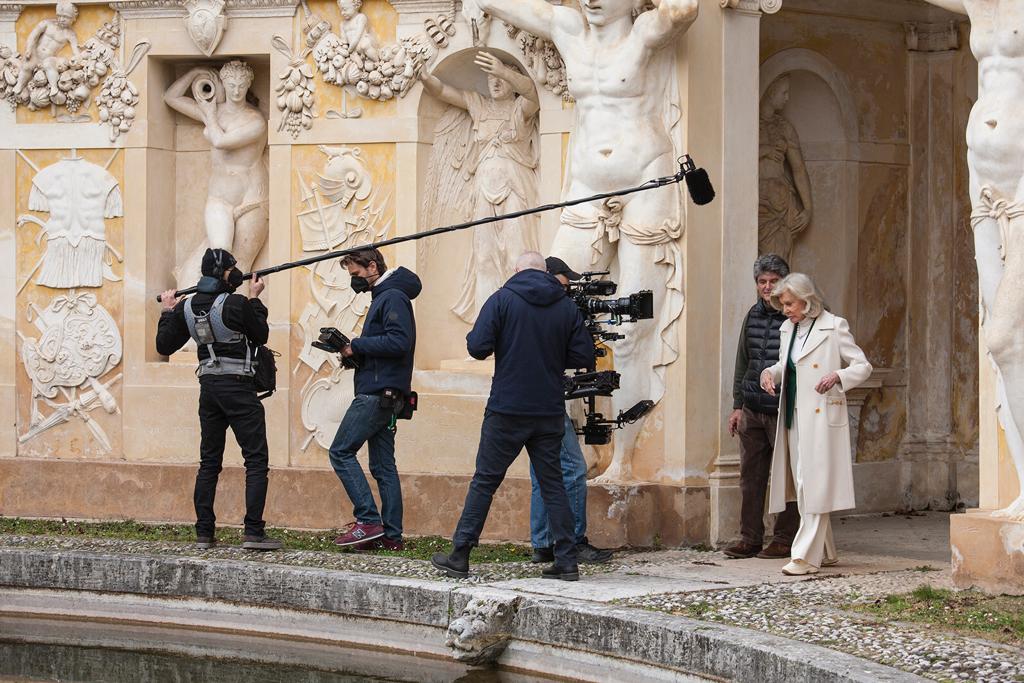 Marina Cicogna (85 years old) is the first female European producer. She has lead her entire life and career by her own rules, careless of what the world and society expected from her. She brought her films to major festivals, winning major prizes, working with leading film directors like Pier Paolo Pasolini, Vittorio de Sica, Francesco Rosi, Jean-Pierre Melville, Elio Petri and Lina Wertmuller. The documentary will travel with Marina from Rome - where she lives - to Venice - where her family comes from - to Paris, her favourite city, to unveil through conversations and encounters her unique world. Her life and her legacy is revealed through her exclusive photos, film extracts of several of her films, period footages, interviews with friends, working mates and film historians.

I met Marina Cicogna the first time more than fifteen years ago, during the preparation work for the documentary "Survey on a citizen named Volonté" (2004-2007). On that occasion I discovered the disruptive personality of the first great female producer of European cinema. A personality able to fascinate me so much as to push me to interview her a second time for the documentary "The importance of being Uncomfortable: Gualtiero Jacopetti" (2009). From these two encounters the desire to tell Marina Cicogna a woman with a decisive, unconventional character, ahead of the times and regardless of the judgment of others, was born. A figure who has lived a career as a protagonist, who has dealt with all the protagonists of an unrepeatable historical moment of Italian cinema, making her known and appreciated all over the world. Today the time has finally come to delve into the personality of this real ambassador of our cinema, capable of helping great directors such as Pasolini, Leone, Petri, Wertmüller to create crucial works in their career, as well as in telling the themes of their time.