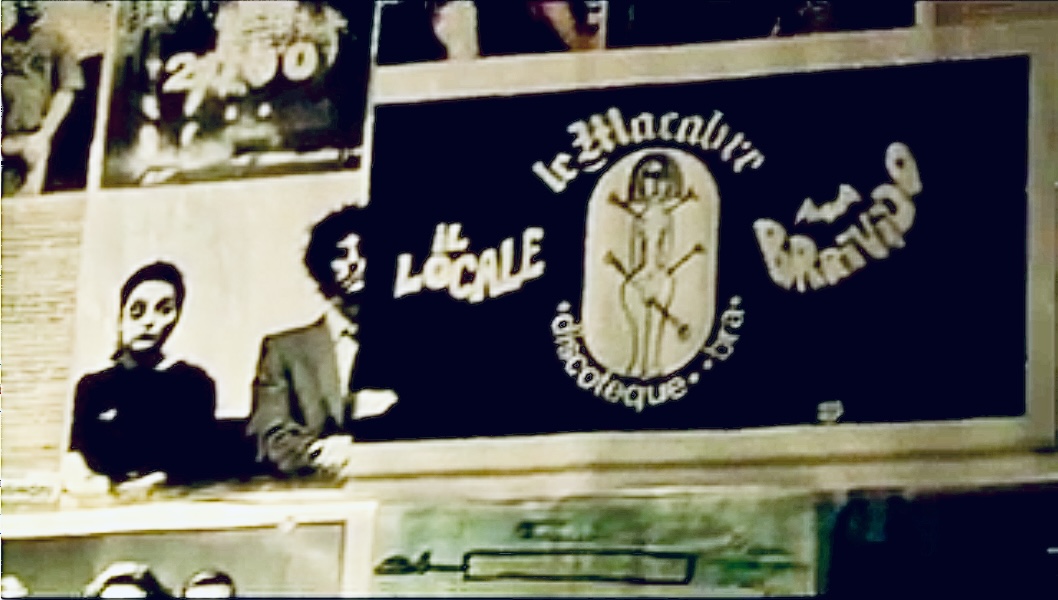 In 2008 Le Macabre, a small Italian CBGB was closed. Just as the New York club that had witnessed the beginning of the American New Wave. In the ‘80 and ‘90 Le Macabre was one of the places of birth and affirmation ot Italian Rock. Similarities end here because our story is not happening in a world capital but in a small town of a drowsy Italian province. But in Bra as in New York for a certain period of time sound amplifiers roared powerful music, hundreds of musicians appeared on stage that for more than one generation of the young had become mythic. Diaframma, Africa Unite, Subsonica, Massimo Volume, Roy Paci, Ezio Bosso, Vinicio Capossela, Tiromancino, Devovo, C.C.C.P, Nico dei Velvet Underground, Thin White Rope are some of the names that passed through Bra and landed at the Le Macabre. Through the words of some of those musicians Le Macabre tells us about a small world where a whole generation of Italians will be able to recognize themselves.

The documentary is a 75 min one, and is telling a story of the place put in a larger context of the surrounding territory and in an even larger one, that of the Italian Rock of the last 25 years. In order to be able to go through the stages of this course videos and photos will be used, as well as interviews, re-enactments and some live concerts shot during the active years of Le Macabre. These interviews are true portraits and the interviewed people true characters of the documentary. We shall visit them in their homes, working places, in their towns.They will be not only the witnesses of the Le Macabre history but also characters who with their faces and voices represent the history of thousands of people that had been visiting the place since ‘72 to the present day. That is a whole generation of rock music lovers of those times, with an ultimate objective to leave a trace of the true value that Le Macabre had for those who had visited and loved the place, for Bra, for that territory and for the history of the Italian rock