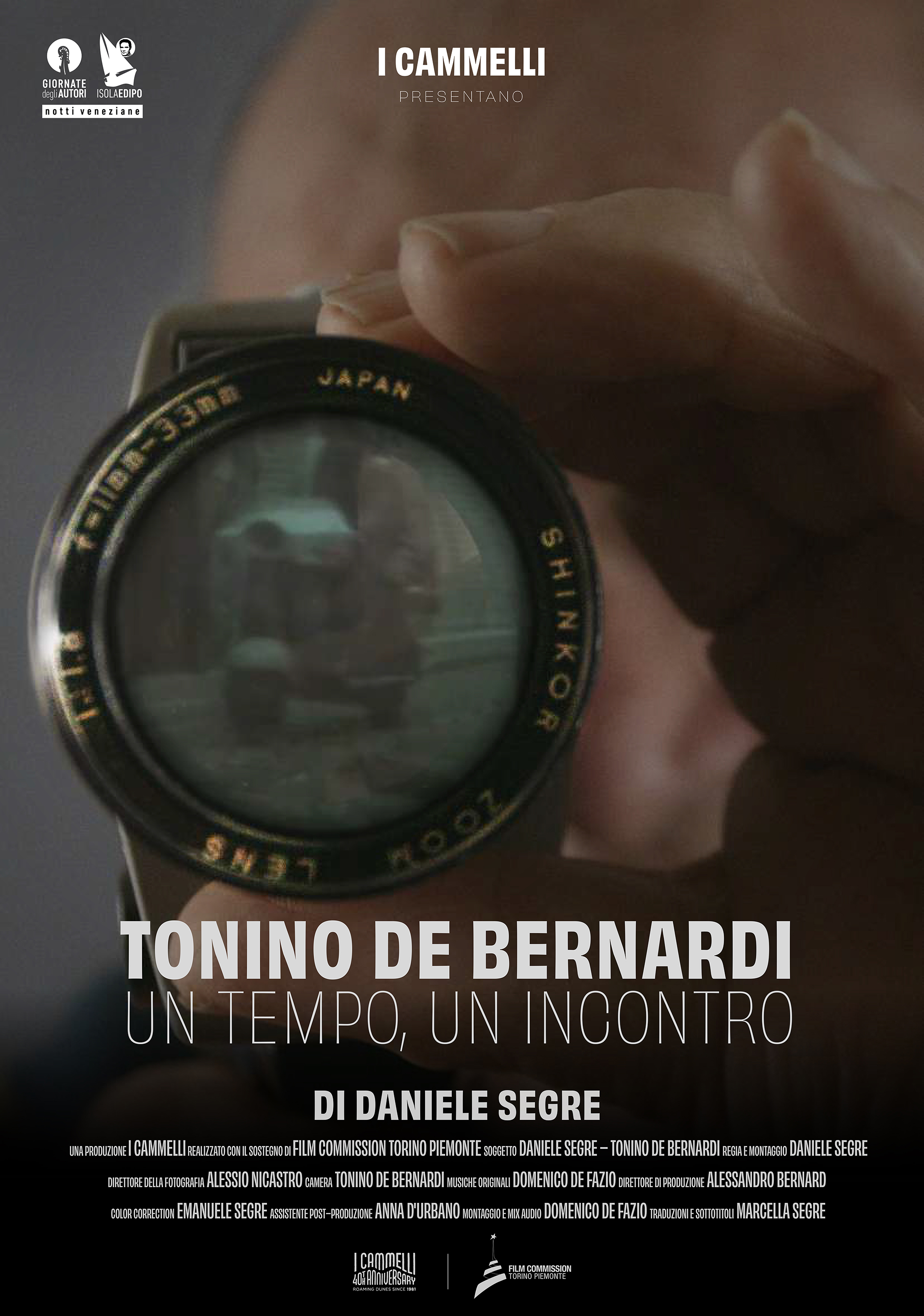 Tonino De Bernardi – One Time, One Encounter is a film about the duel between two brothers from another mother. Their two different approaches, personalities and apparently opposing views meet and indulge in front of the camera or, better, in front of the cameras. One the one hand there is Daniele Segre’s eye, on the other hand there is Tonino’s, which almost contaminates the aesthetics of the film. This production develops along a line both directors have in common: namely, immediacy. Daniele films Tonino and Tonino films Daniele, thus creating a mirror effect that unfolds within the time of an encounter. This is an opportunity the authors seized to share views and a bit of themselves.

Making a film about Tonino De Bernardi has been in my mind for many years. One day he was in Torino and he came to visit me at my studio, I Cammelli, to talk about a new film project he was working on. That’s when the idea sparked and we decided to launch this project about his life together. It’s one that is very dear to me because it tells the story of independent filmmaking through the life of Tonino De Bernardi, who has been a friend of mine for over 35 years. Taking this important action allows me to bear witness to and to talk about a legendary figure from the Italian underground and independent cinema scene; someone who has, through great determination, been able to carry out an artistic project unique of its kind in the Italian scene.