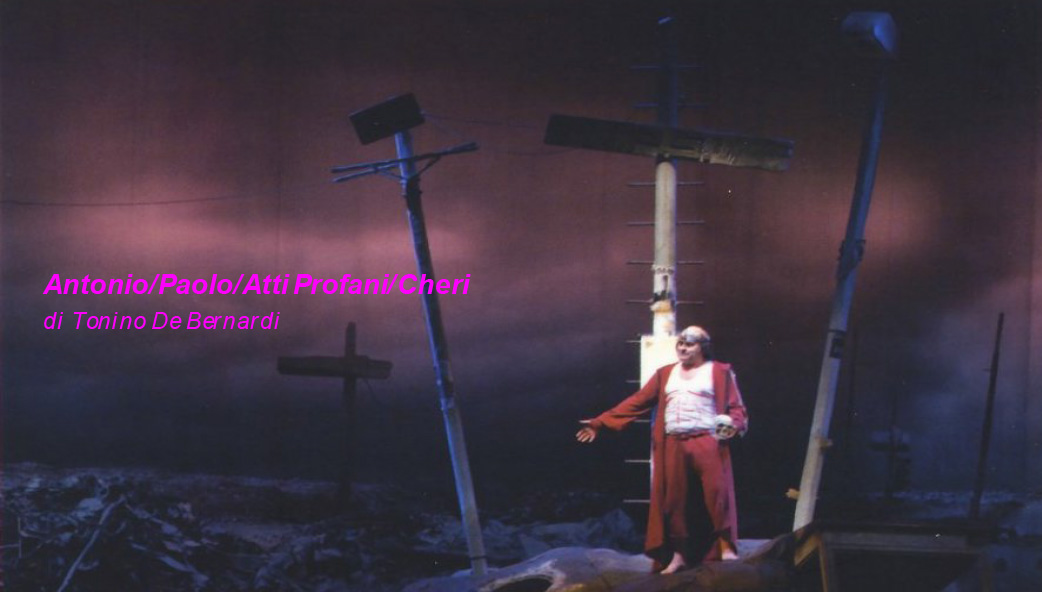 A tribute to two great figures united by an extraordinary attitude to life, oscillating between the sacred and the obsessive, between art and the most mundane reality, that of the poor, the marginalized. In San Salvario in search of Antonio Tarantino, playwright-actor, born in Bolzano in 1938 but in Turin since the age of 8, who died at the Molinette Hospital in solitude and poverty on April 21, 2020. On the sidewalks the life of every day: next to mothers with children, begging and prostitution, dealing, depending on the hours. In the courtyards and workshops Piera Degli Esposti, Lou Castel, Valter Malosti, Filippo Timi and others recite scenes from his works to penetrate the drama of man.

On the other hand, Paolo Gobetti, fatherless after only a few days of life, can count on the loving care of his mother Ada with whom he shares the experience of resistance. Voice of the last, he dedicates his activity to hand down the stories of those who struggle to be heard.

Now Antonio Tarantino and Paolo Gobetti are just more inside books, or inside RAI archive recordings. I wish they were still alive to tell them that I bow before the greatness of men and artists.

I also bow before Antonio's moral stature, the suffering of a lifetime, since he was a child. I would like to burden myself with so much suffering, if it were necessary... but it is no longer necessary. I intend to make a film worthy of him, one that will serve to remember and spread the word about his theater, which he was so shy about. A film of paths through the exploration (real and not, but free) of Turin where he lived, but also of the vision of an elsewhere, on the mountain, which is the fruit of a utopia. A mountain on which he symbolically meets Paolo Gobetti, another protagonist of the film, another friend whom I lost and whom I pay homage to in this film.