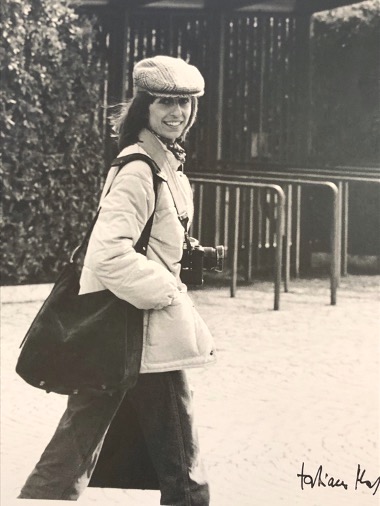 "The most fragile tank of italian photography", is how Piero Berengo Gardin, film director and cousin of a photographer Gianni, used ti define me. Paola says this with a laugh and deep down thinks that Piero could not have found a better definition.

Paola Agosti - whose great, true lifelong passion is the animal universe - with her petite build evokes anything but a war vehicle. Her strength emerges from the personality and it is not surprising that she managed to establish herself in the world of italian photography in the 1960s, becoming one of its leading lights, when the profession of photojournalism was essentially a job for men only.

This is the story of a wolman as well as of a country, of a vocation encountered by chance, of e learning journey of the world through the attentive and discreet gaze of one of the few photographers who has been able ti capture and bear witness to the irruption of women on the italian political scene as social subjects. And not only that. Paola Agosti's gazehas wandered in many directions and has recounted much more, she has portrayed the world: great political events and international leaders, the struggles of workers, feminists, students, the end of peasant civilization in Piedmont, the emigration of Piedmontese people to Argentina, the animal universe. Above all, she has portrayed culture and writing through their protagonists, and she has done so as a true portait photographer.

The docuemntary The World in a Click, Paola Agosti Witness of her Time was born out of an urgent need to highlight the work and testimony of one of the great photographers of 20th century Italy, whose photographs have captured Italy and the world from the 1970s to the present day. Paola Agosti's stylistic research has deep roots in an open-minded and liberal Turinese family: Giorgio Agosti, her father, was an important exponent of the Resistance and one of the founders of the Partito d'Azione, and her mother, Nini Castellani, was a fine literary translator.

Agosti's research has also embraced her birthplace, through an investigation that has led her to photograph the end of the peasant civilization in the poorest areas of Piedmont: "Il mondo di ieri" (Yesterday's World).

The documentary will be not only an account of the great international leaders and world events photographed by Agosti, but also an immersion in the Piedmontese territory of recent decades through the modern and involved approach of her phootographs. A long narration of her professional and human journey with a predominant guiding thread: the care for memory, a need to freeze her subjects, even if in a gesture, driven by the fear of losing their traces, because that gesture will never be repeated.