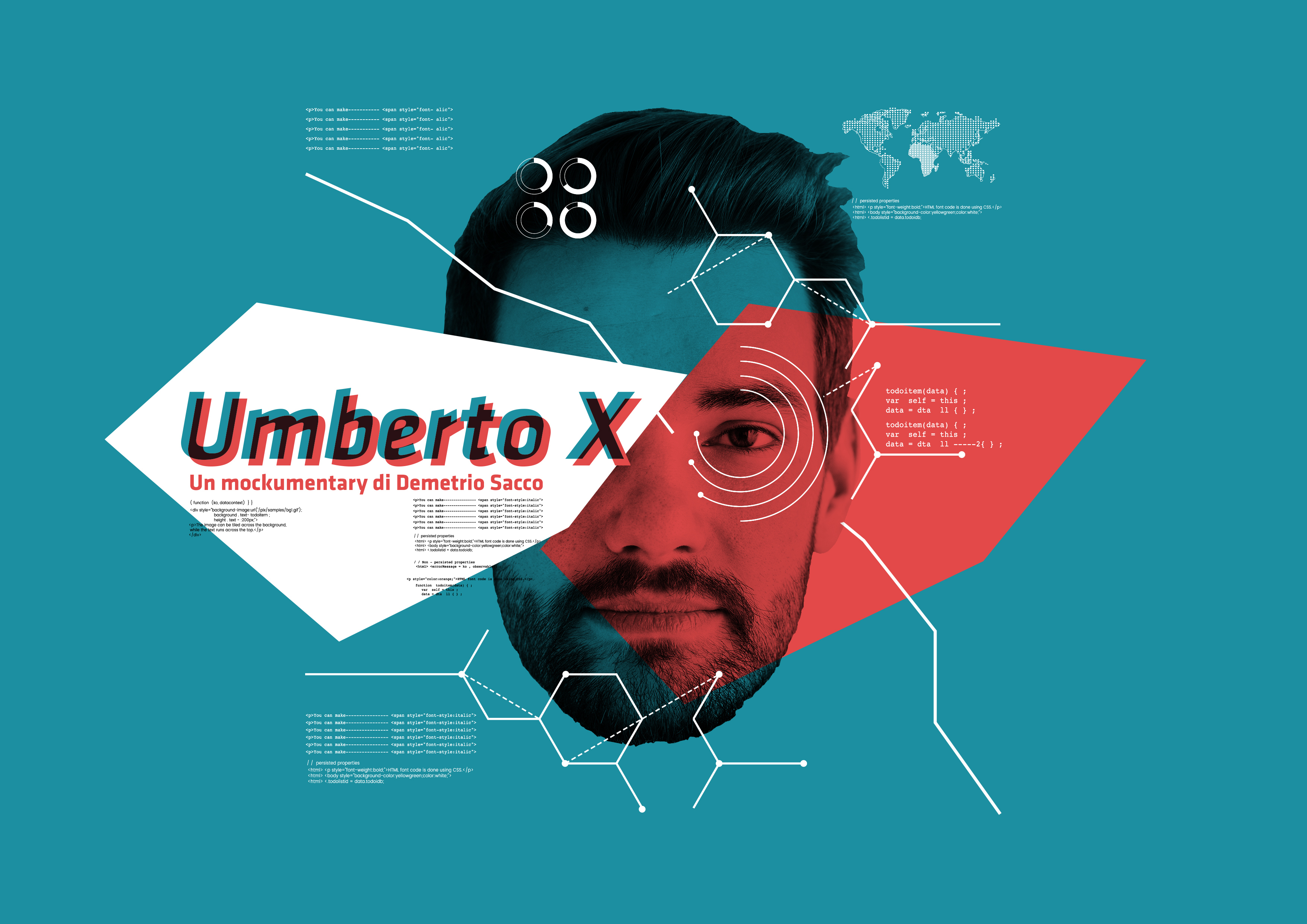 Turin, 2017. Rome-based production company 8 Production, led by journalist Roberto Bonzio, begins filming a documentary project on Umberto, creator of untruders.com, an Italian social network featuring people who sneak into selfies of strangers. Filming continues, until a sudden event drags the crew in an unexpected direction, switching a regular documentary into an investigative one, and turning the fugitive Umberto into the most wanted person in the world. The founder of Untruders, though, is unaware that you can't hide from your own image.

Umberto X - History of a (a) social network, is a mockumentary about the world of social media and the main issues related to it. Many films and documentaries have been produced on the subject, but no mockumentaries. The peculiarity of Umberto X, therefore, lies precisely in its tackling of the current and universal issues with the unconventional language of the fake documentary, analysing their social impact, on which there is still a lot to think about. The obsession with visibility, the search for privacy and the identity theft of others will be the dramatic bases which the narrative will be built on. Through the story and the characters, we will discuss the social undergrowth and its proliferation, and, above all, we will talk about an ambitious boy who created a social network for intruders, and who had to escape from his own "creation", thus turning himself into an "average" Umberto. Turning himself into Umberto X.