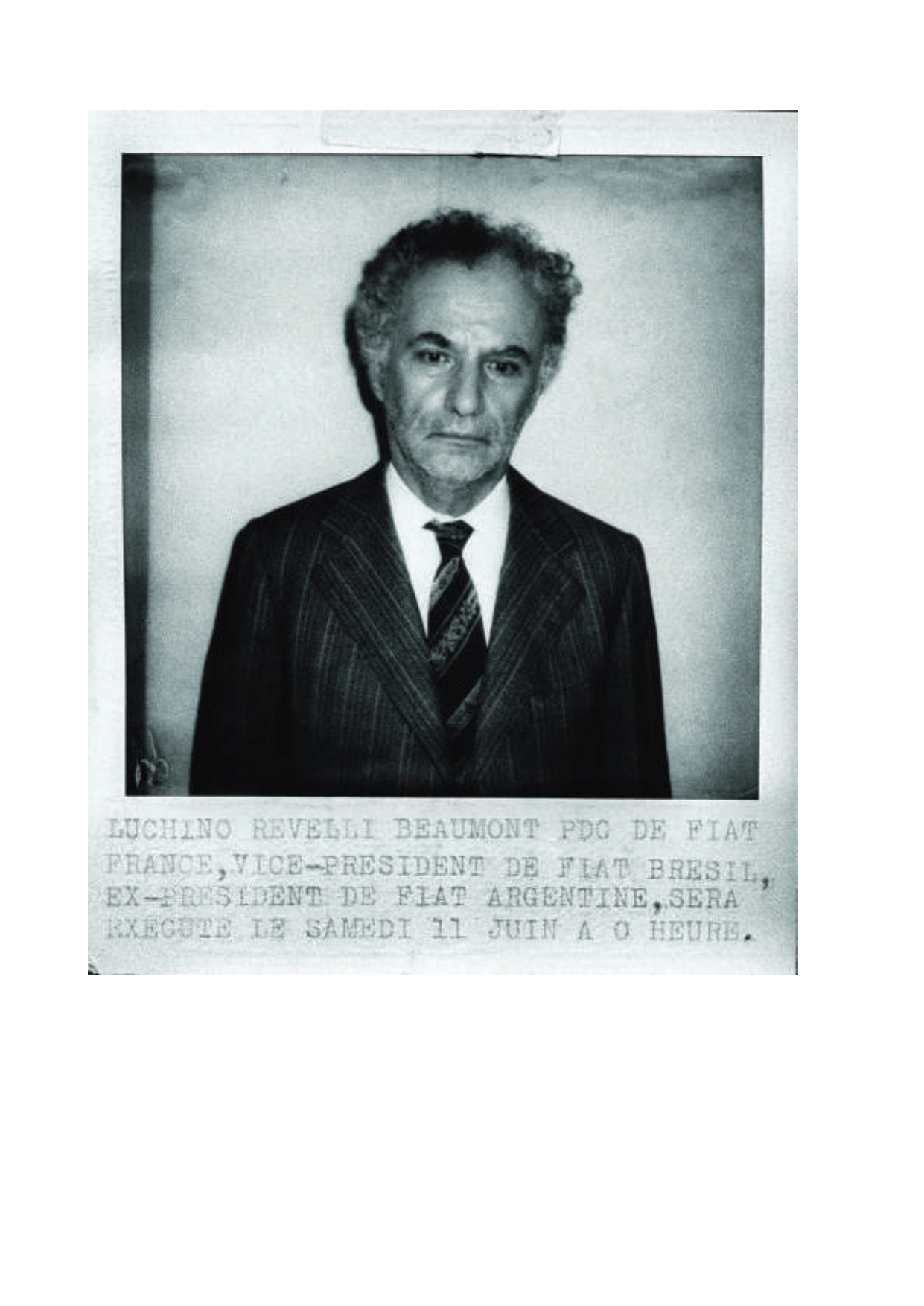 On the evening of 13 April 1977, Luchino Revelli - Beaumont, then general manager of Fiat France and former director of Fiat Argentina, returning to his Parisian residence, was kidnapped by a terrorist commando. After three months of imprisonment in the banlieu south of Paris, Luchino, despite being sentenced to death by the C.U.S.R., was released following the payment of a ransom of almost two million dollars. Following this dramatic event, Revelli-Beaumont resigned from Fiat and definitively left the scene that in previous years had seen him play a leading role in the Agnelli family company's expansion around the world, with the opening of factories in Brazil and the Soviet Union up to the organisation of General Peròn's resounding return to power in the years immediately preceding the military dictatorship. In the years that followed, Luchino found the strength and desire to write his autobiography, precisely because, as we read on the back cover, "Infinite are the things that man can accomplish, but he cannot understand them until after he has told them".

The Foreign Minister is a narrative documentary intended for a national and international audience. It is the biography of a man who made an impact on international politics by remaining in the shadows. It is at the same time a summary of the role that a multinational like FIAT has played in the history of the 20th century and, finally, it is a reading of the past to reread the present.