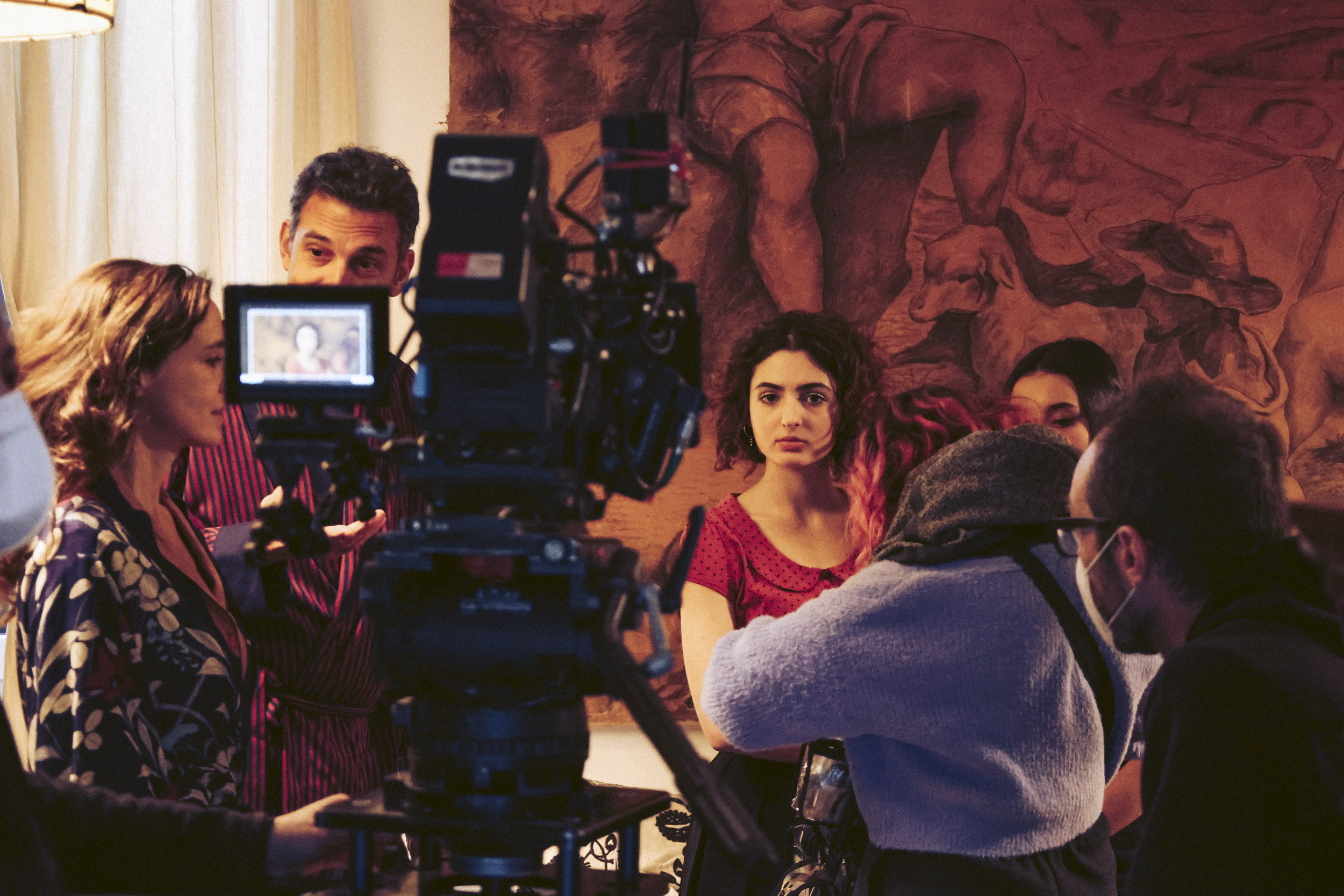 The year 2021 amounted to an exceptional year for Film Commission Torino Piemonte, which achieved the best results in absolute terms since its launch in 2000, and it represented a period of intense productivity for cinematic production.

During the year in which the entirety of the Italian audiovisual industry went through a great leap and surge in production, Film Commission Torino Piemonte strongly increased its activity of support to the branch, contributing to the qualification of the reference territory as one of the most virtuous and dynamic on a national and international level.

There were more than 200 projects created and supported, thanks to the several support tools (see Services) and the funds made available to national and international production companies (see Film Funds): 18 feature films, 12 series, 49 short films, 30 documentaries, 85 between advertisements, reportages, TV formats and music videos. And it is the amount of the preparation and shooting weeks related to feature and series that acquires the most relevance to quantify the productive weight of the completed projects: while during 2019 the preparation weeks were 73 and the shooting ones were 65, during 2021 the numbers reached respectively 103 and 135.

Once again, the Piemonte Film Tv Fund of Regione Piemonte (POR FESR Piemonte 2014 – 2020 – Azione III.3c.1.2.) turned out to be a crucial tool, able to grant a productive continuity of great impact – through the contribution to 7 feature films and 6 TV series, all achieved during 2021 alone – and to carry out since 2018 till today almost 26 millions of euros of direct benefits on the territory (between staff expenses, supply of goods and services, accommodating structures) which equals 5 times the original investment, not including the indirect benefits and a great return in terms of promotion and image.

Through its services and its institutional and logistical support, FCTP also allowed the arrival on the territory of 11 more feature films and 6 TV series – of which some are international productions, from Switzerland to India, along with several television projects for Rai – which join many documentaries of great mediatic and productive impact (among them: Ezio Bosso. Le cose che restano, by Giorgio Verdelli; L’Italia nello spazio, by Marco Spagnoli; Searching for Italy, by Stanley Tucci), together with prominent advertisements (Mini Cooper, Jeep, Adidas, Ferrero) and TV formats (Alessandro Borghese, 4 restaurants; Art Rider; Antonino Chef Academy).

Many projects were also realized thanks to the funds that are directly managed by FCTP, strategic assets to give value to young talents and support the independent production increasing the means to realize international co-productions: from Mother Lode by Matteo Tortone, selected for the 36° Venice International Film Critics' Week, to Dal pianeta degli umani  (From the Planet of the Humans) by Giovanni Cioni, presented hors concours at the Locarno Festival, to Marina Cicogna. La vita e tutto il resto by Andrea Bettinetti, a special event at the Rome Film Fest, to Il momento di passaggio by Chiara Marotta, not to leave behind the recent documentary Sergio Marchionne, il coraggio di contare by Francesco Micciché about the renowned Italian manager, up until the fiction projects currently under development (see in Piemonte Film Tv Development Fund) such as Mishima by Gigi Roccati or Fuochi d’artificio by Susanna Nicchiarelli: a long list of titles that shows a variety in themes and formats, and at the same time the ability to support the whole artistic and productive branch.

Not to forget how the support to the productions was also carried out through several location scoutings: FCTP organized 37 surveys on behalf of international and national productions, of which 24 already turned into shootings on the territory within the reference year.

Simultaneously with the articulated activity of support to the whole audiovisual branch, FCTP continued and increased its activity of connections on the territory, through several agreements and projects with both public and private entities (first and foremost with Fondazione Piemonte dal Vivo for Ciak! Piemonte che Spettacolo and with Associazione Piemonte Movie) and through constant development and growth of the Rete Regionale (Regional network), that started in 2017 and that today involves – through memorandums of understanding that officialize the collaboration with local institutions – 60 Piedmontese cities distributed in all the provinces.

As for what concerns communication and international promotion, FCTP kept constant its presence in the major Festivals and their respective markets to present its activities, support Piedmontese projects and producers, increase its international visibility and its net of connections with the main players in the branch. Berlinale, ParisDOC (Cinéma du Réel), Cannes Docs (Marchè du Film – Festival of Cannes), Locarno Film Festival, Mostra Internazionale del Cinema di Venezia, Festa del Cinema di Roma - Rome Film Fest and MIA Mercato Internazionale dell’Audiovisivo, Torino Film Festival were once again an occasion for promotion, thanks to the constant participation of Piedmontese projects within the selection. The activities of communication and promotion have – as always – found space on the territory as well, through press meetings on the film sets (for example, the recreation of the hospital Le Molinette in the Lumiq studios for the TV series Cuori), several previews of projects realized in Turin and Piedmont (among others: Ancora più bello, Ezio Bosso. Le cose che restano, Codice Karim, Cuori, and recently The King’s Man), special events and industry activities, first and foremost TFI Torino Film Industry.

Meetings, market and platform for international co-production with the ability to put in the spotlight new talents and new trends of cinema and audiovisuals, TFI Torino Film Industry once again took place simultaneously with the Torino Film Festival, affirming itself even more as the work & business soul of the historical festival. Coordinated by FCTP since its launch, TFI Torino Film Industry achieved great results during this 4th edition – networking high-profile international figures such as the TorinoFilmLab and the Torino Short Film Market, along with its Production Days – and reaching increasingly structured objectives regarding programming and participation.
Suffice to say that during the 5 days of the Production Days, 64 events were organized, 1.500 accredited guests from all of Italy and 2.500 attendances were registered, as further proof of the constant growth and relevance of the venture.

According to FCTP Director Paolo Manera, “During this out-of-the-ordinary year for audiovisual production – in sharp contrast with other industries that inevitably suffered the consequences of the pandemic – FCTP showed capable of representing even more than in the past an essential connection point between territory, local branch, and audiovisual industry. From services to funds, from special projects to initiative industry, the Foundation faced an increasingly intense and diverse demand. The whole branch showed vitality and a strong attitude for renewal, giving us the leap for a new year that starts with 15 projects already confirmed within the first months of the new year, of which 3 will start right after obtaining the subsidy of the Piemonte Film Tv Fund”.

“I can’t help but be proud of the journey and the great results achieved by FCTP during 2021, despite the moment of general struggle, and of the key role that the Foundation fulfills between the local institutions and within the landscape of national audiovisuals. The challenge that waits for the next future – Beatrice Borgia, President of the Foundation since November 2021, declares – is to keep high and further develop the quality of our work, optimizing the solidity of the company, its capacity to attract and to be a driving force in economic respect but also artistic and cultural respect. In 2022 we will work in this direction, to reap the benefits of what we accomplished so far and be even more recognized on an international level.” 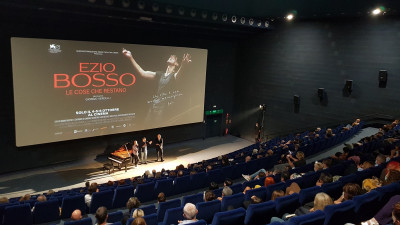 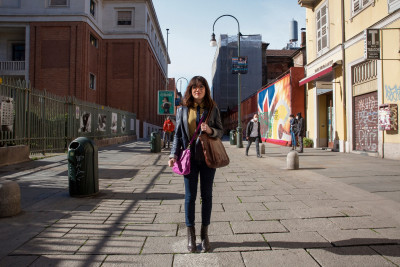 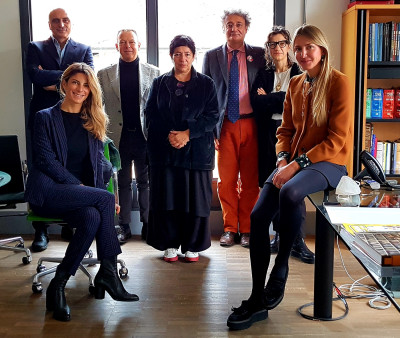 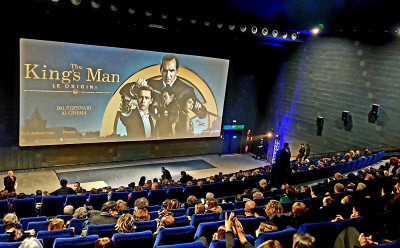