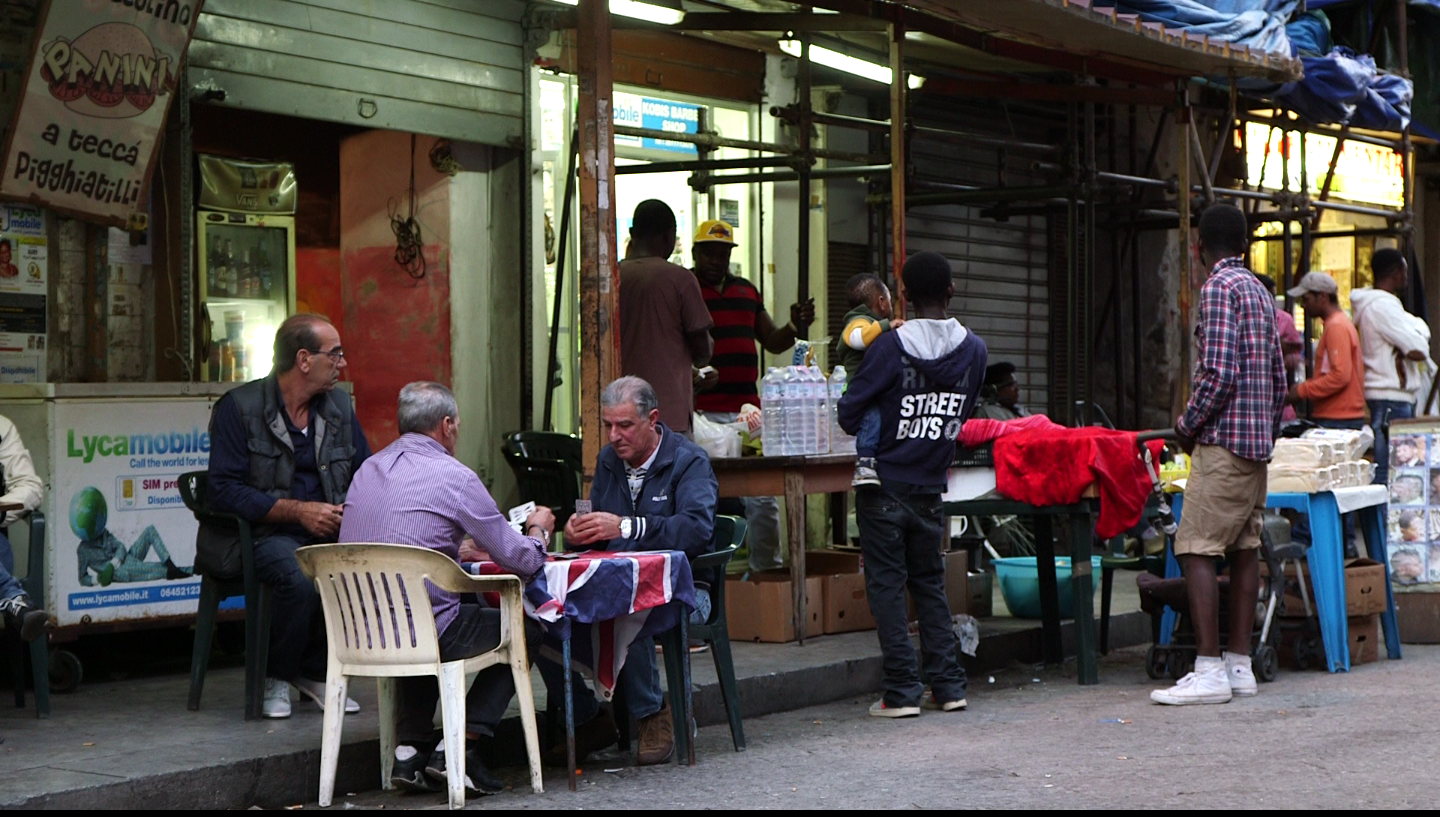 A group of teenagers in Palermo... two young Italian girls and their foreign schoolmates... unaccompanied minors from various African countries, off the boat without family after hellish journeys, in hope of a different future... a school year as guiding theme to reveal their vicissitudes... their reciprocal discoveries, but also, for the African youths, those of the place where fate has slung them... a year of growth, encounter, integration, disappointment and hope... a multicultural “coming of age” in a city situated in the middle of the Mediterranean.

We've grown accustomed to thinking about foreigners as masses, numbers that come ashore, that try in various ways to cross borders. As of late, among the migrants landing in Europe, the presence of unaccompanied minors is ever greater. The infernal and inhuman voyages they endure are newsworthy, but then what happens? How does a minor construct his new identity far from his world of origin?
We've decided to tell the story of a small group of foreign minors, by following them for a school year in a multi-age classroom of the CPIA 1 of Palermo, a Middle School for adults which for the most part is frequented by immigrants. For foreign minors, school is the first place of direct interaction with Italians, but not only: the age of the attendees ranges from 16 to 60 years and their geographic and social provenances are extremely varied. The dynamics of the classes themselves are in a constant flux and often surprising.
We will attempt to recount this delicate sociocultural and psychological “phase of passage," trying to express the “unsaid” of these youths. The challenges, the joys, desires, hopes and disappointments. An intimate yet collective film, a plural-touch “formation story”.