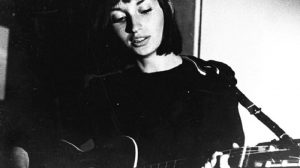 In the summer of 1961, the group Cantacronache, made up of young Italian ethnomusicologists, makes a clandestine trip to Spain to record popular songs of the anti-Franco resistance. A year later, they publish: Canti della nuova resistenza spagnola. The Francoist government, furious, orchestrates an international press campaign entitled The Drunkmen's Marseillaise. The songs are censored and the group is condemned in a resounding trial. Emilio Jona, age 92, is the last surviving participant of this adventure. Guided by the diary that he wrote with his fellows on the road, a film crew reproduces this journey today. The journey is punctuated by contemporary interpretations of the songs of yesteryear, as relevant today as they were then. Through the prism of oral memory and sound archives, the two journeys merge into an emotional and political geography of a territory (Spain) where the wounds of Franco's regime are still open. What remains of these songs, how do they resonate in the present tense?

The rise of populist and far-right parties is a common denominator throughout Europe, and puts the spotlight on the historical revision and reparation processes that have been taking place with varying degrees of success. It is against this backdrop that we get stories like the one told in The Drunkmen's Marseillaise, a story that has been silenced for quite a long time now. Sixty years after Cantacronache's journey, Spain continues dealing with controversy related to the Francoist regime. Despite the recent Historical Memory Law (2007), it is the European country with the greatest number of anonymous disappearances from the Civil War and the post-war repression. The Drunkmen's Marseillaise aims to narrate specific facts from the past in the style of a road movie staged in the present. A poetic tone and tempo will prevail. We will avoid typical interviews, the reconstruction of facts will become situations in which viewers can come to their own conclusions.