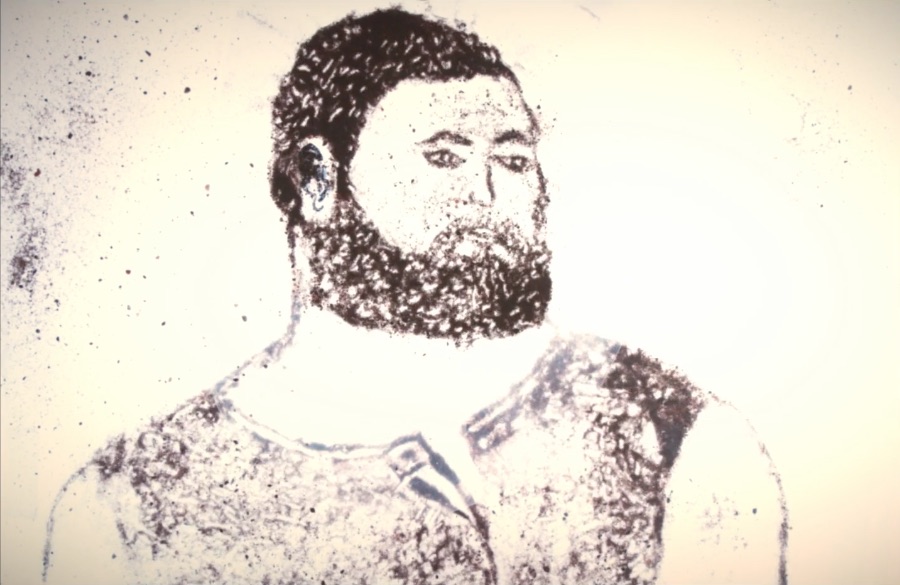 The vie rêvée of Mario Trudu, shepherd condemned to life imprisonment without parole for multiple kidnappings gone bad; forty years of prison spent side by side with the heroes of the Iliad - an Iliad written and drawn by him, shepherd of Arzana, and recounting the tales of many bloody battles, of funereal laments, of his encounter with Hector and the heroes of Homer's poem, of the real places he will never see again. Forty years of following his pathway of life, until his prison death in October of 2019. An epic entirely lived out through sketches of a distant life.

This project arises from sketches of heart-melting clarity, sketches produced by a man locked in the cavern of a life imprisonment, namely those made by Mario Trudu, shepherd of Arzana sentenced to an incarcerated existence without parole for multiple kidnappings. He knows that in life he can never return to the places he draws; nor caress the faces, breathe in the scent of the fields, of the rocks; he knows and draws them as if upon the proverbial wall of Plato's cave. Imagining the cave of a life un-lived. I consider the liberating power behind the fact of drawing, of the drawings taking life, of the real and imaginary places of his story that become the places of the Iliad; I imagine the voices as a polyphonic chorus; as if in the very gesture of each stroke, Trudu returned to his life, and touched it and breathed it in, as a sort of transcendence of imprisonment, an impossible return to an elsewhere – and through the language of cinema, I believe in the possibility of passing beyond borders, the borders between inside and outside, between life and non-life.